Feminism: “an ideology that stands for equality between men and women”. Basically, that the gender difference should not mean an advantage for some and a disadvantage for others. I want to believe I am a feminist. And I say “I want to believe” because I am very much aware that I am immersed in certain cultural patterns that I may be unaware of. I know that it is very likely that more often than not, I show behaviours that seem to respond to the opposite ideology. From the awareness of this ambivalence, I find myself in the need of expressing a certain kind of conflict or critical reflection about the astrological thought. Of course, I am no expert. My position is a risky one and perhaps imbued by the eagerness, clumsiness and naivety of the young questioners, new learners. I present these thoughts as such: reflections, ideas, thoughts and I certainly do not expect to have reached a full conclusion. Now, here is my stand: that the basics of the astrological model as we know it today is imbibed by a patriarchal and sexist conception of the universe. And that if we are not aware of it, we may not be transmitting ideals of equality and respect. I think that very probably most astrologers believe that each one is entitled to be the man or woman he/she wants (or gets) to be. We tend not to judge the other person for who she/he is. When we read astral charts, we are looking for the unique stamp of each individuality. To know it empowers the subject because it legitimates him/her as a sole unparalleled individual. However, I am starting to believe that there is a small sexist approach in the way this system was designed.

I clearly understand that, in Astrology, when we say some signs or planets are either masculine or feminine, we are not taking about male and female (we are not talking about gender) but about different energetic qualities. Unfortunately, in the West, we have not been able to create concepts such as ying or yang, when indeed we needed to refer to them. It is this clear disability in naming these qualities by a proper unique term instead of repeating the one used to gender differentiation that stresses this uncomfortable (yet necessary) critique. This is the first evidence that patriarchy and sexism, with their distinct tendencies in defining gender roles have slipped unnoticed into the astrological language.

But this is just the first of many symptoms. The evidence grows even stronger. Let’s take a look at the traditional wanderers of the sky: Moon, Mercury, Venus, Sun, Mars, Jupiter and Saturn. Only two of them are females, one is a hermaphrodite and the rest are males. So we have Zeus in the galactic Pantheon but we do not have Hera, goddess of goddesses, queen of Olympus. The same model emerges when we learn about the transpersonal planets: Uranus, Neptune and Pluto. Why is that no one thought of Persephone, Queen of the Underworld? Or instead of Uranus, we could have a Pandora, who is also linked to this myth and a provider of questionable gifts to human kind. But no, women had to be neglected of these exemplary positions. They were good for two things: breeding (Moon) and loving (Venus). It really is surprising that we have a Black Moon, the black power of women but we do not have a black sun. And in case there is, the fact that Google does not bring any astrological results is also a factor to bear in mind. Perhaps it is so because there is nothing dark or hidden in patriarchy, it spreads its claws out at full daylight. It is not black or mysterious but done at every hour and with such shamelessness and in the open eye, in such a harsh and quotidian manner, that it becomes difficult to see it.

Let’s now study the traditional planetary dignities and debilities. If a planet is in its ruling sign, it is said to work fluently. If it is in its exaltation, it’s like “a special guest in somebody else’s house”. Venus is in her ruling when in Taurus or Libra, signs related to pleasure, beauty and harmony. When is Venus exalted? When she is in Pisces. I find that cultural believes have stained the organization of the planetary dignities is overwhelmingly apparent. It was expected of women to be submissive, of service and beauty, always willing to respond to other’s needs. In fact, Helen of Troy is blamed for causing the war of Troy but also forgiven because of her beauty. It is an interesting scenery: men have to deal with the consequence of irrational female characteristics. And of course, the best way of doing that is by seizing a city for ten years. But Helen’s areté is her beauty. Areté is a Greek concept that refers to the primordial quality of an object. For instance, a knives’ areté is to cut. Well, a woman’s areté is to be beautiful. How is Helen to be blamed for her beauty? This is Venus in Taurus/Libra/Pisces: the value of grace, charm, harmony and elegance combined with condescending feelings, submissive behaviors and service to others.

Furthering, Venus is exiled when in Aries. When a planet is exiled, it is said not to flow easily so that it takes effort to integrate it in the whole of the personality. Thus, the Amazons, a possible archetype for Venus in Aries, necessarily had to live exiled (expatriated) from society. The exile of Venus in Aries is the social duty for a woman not to speak up, not to have her own initiative and not to stand for herself. But Venus is also exiled in Scorpio. We have here the manipulative woman, who takes advantages for and to herself, the swindler. We refer to this type of women as witches, those who can use their sexual appeal and instincts to fool men. On the other part, Mars is not exiled in Aries but in his rulership, which means that the masculine principle is entitled to show a strategic way of acting and to set traps. If women act like that they are considered deceitful and wicked, so exiled of their role. Now, Aries and Scorpius share the rulership of Mars, a planet that is linked to sexual drive and desire. Here again we are being told that it is not right for women to have a sexuality of their own but instead it is only “natural” that men have sexual needs.

Finally, a planet can be in its fall. When this happens, it is “weak, as if numbed”. Venus is in this condition when in Virgo: the critical, smart, pragmatic woman. She is not the naïve, scattered-brained and idealistic girl who believes in romantic love (Venus in Pisces) but the one who longs to survive, to see results and carries a real down-to-earth life. The original meaning of virgin was “who keeps her original state or purity”. If we say it plainly: “she who does not give in” and this is not right for women. If a woman keeps to herself, she is as if numbed.

Let’s go back to examine Mars, ruler of Aries and Scorpio. Mars’ exaltation is in Capricorn: the autonomous man, who supports his family, pays his bills, has worldly success, rules in his house and is a figure of authority. On the contrary, Mars is exiled when in Libra or Taurus. Because it is obvious that beauty, pleasure, being likeable and adapting to other’s needs is a girly thing. Men should be harsh.

We can find similar arguments if we study the Moon. She rules the sign of Cancer, related to motherly affairs, nutrition, care, warmth, affection and love. She is in her fall when in Capricorn. Now this is a clear warning: a mother should not be autonomous, she should not be self-dependent and efficient, head of her family or make her own living. That is the role of men. By the way, when does Mars fall? In Cancer: emotional care, sensitivity, nursing attitudes and moody sentimental states are women’s traits, not men´s.

I certainly know that these statements may seem excessive. Perhaps, they truly are. Venus in Virgo, for instance, could refer to the priestess that chose to honor their goddesses. And we know they had an important social role. Besides, it may really be that when they said feminine, they wanted to say ying but they just did not figure out how to do it. However, it is also true that archetypically we have pictured Venus as a woman and Mars as a man and that we have linked certain “natural”, “easy-flowing” characteristics to each one of these archetypes: male and female.

Still, let’s remember that the archetypes and the divine are always in movement, always the same but always renewed. Absolutely nothing in the universe is still. This is why we calculate transits, progressions and directions. The divine is eternally changing its manifesto. I believe that a soft whisper is claiming to be heard: that we should give the feminine a proper treatment in astrology. The old goddesses of the ancient Pantheons are re-emerging: Ceres, Vesta, Palas, Higia and Juno. Old female deities who were worshiped and feared are now pushed down to rocky pieces of mass in the Asteroid Belt, created at the genesis of our solar system by the subjugation to the gravitational force of gigantic all-mighty Jupiter (a male deity) and separating the inner world (Moon, Mercury, Venus, Sun and Mars) from the social one (Jupiter and Saturn). These goddesses of immense power and strength are neglected of their place, set aside to non-rulerships and to a place in a space where we count the pieces of what could not be, vestiges of planets who did not get to come to life.

In my most humble opinion, the denial of this feminine force in the astrological vocabulary necessarily proves the sexist and patriarchal subjectivity that has been carried on for centuries without us noticing it. And I am starting to wonder if, perhaps, it is not time to question our practice, what our own position in terms of gender roles and equality is and whether or not we are conscious of the reality we might be creating. I am not fully sure of what this is implying. I honestly do not mean to say that the old system of dignities and debilities is wrong or that it should be demolish. I would not dare. I do not have the knowledge nor the experience to make such a statement. But I do believe that ideology filters through cracks and small crevices and that we must always be very cautious of what we are saying. Subtle misunderstandings may be hiding in these well accepted structures. It would be good to remember that Ptolemy was also a human, immersed in the culture of his time. He may have built expecting or trusting that we would make questions instead of simply accepting certainties. After all he was an empiricist and not a believer.

Alejo is a Certificate holder and is currently studying for the Diploma. 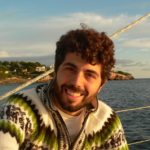