In astrology, there are some planets which were traditionally known as malefic. Although you clearly understand their meanings, you may have unpleasant feelings when seeing their transits on your natal planets or angles. It could make you worried about what is coming. Especially, when you see Saturn transits, having a strong impact on your natal planets or angles, you tend to think that something negative could happen to you and what it could bring about. If the Moon was involved, you could imagine emotional hardship. If Neptune was involved, you could be fearing that your fancy dream would be forced to face the coldness of the reality. But, to tell the truth, the opposite results is also possible. I have heard of a person who got married, successfully finished a big project, got a job desired for a long time, or had other achievement occurring while Saturn was transiting on their planets and angles. It is true that people can have a hard time when it is transiting, because the planet is associated with these things. Saturn transits, however, can also signal a time of rewards to for people who have been putting a lot of effort in their dreams, projects, work because Saturn’s symbolism prizes the importance of hard work and the effort that is required in long-term commitments. Without it, such projects and work could never be achieved.

However, the problem is that people often associate and remember the bad things that happened during Saturn’s transit, as a consequence Saturn’s reputation is traditionally viewed as a ‘bad omen’. We astrologers think, “OK, you had a terrible time. It seems like the time was needed so you could learn a life lesson…” It is truly correct, and this simple message could encourage some people. But, it can sound cold to anyone who has just had an unpleasant experience. This simple but also bold message can become a second punch to knock out some of people. Like easier said than done, it is very difficult to judge what is the best solution when you are having a hard time when Saturn is transiting. We know that we need to be strong to survive, but at the same time, we know that we are not so tough.

While I was thinking of this topic, I remembered Saturn’s common name as the lord of time and a famous quote; “time will heal.” As having an Aries Sun, I did not like this quote very much. It sounded to me somewhat irresponsible and I like to cope with the unsatisfactory situations as soon as possible. But, as I have been piling experiences of life, I am gradually understanding what the quote means. Now I agree there are many problems that take time to be solved, because our life is complicated.

You might have described where and how you are standing when you have just had a difficult time. You may perceive the road in front of you as in horrible condition with many cracks or a crossroad in which your company and you are moving in the opposite direction. You might be being depressed, but what you described is something you would have not thought if everything was fine. It seems Saturn, as the lord of time, gives you a time to see the situation, like a still picture. Then it continues to ask you to judge your current situation. You may say “it is raining cats and dogs. But I do not have an umbrella and there are no trees I can hide under. I cannot find someone who will help me. I am so miserable and hopeless.” You might lose your will to do anything, and in worse, fall onto the soaked road, and moreover, you would not know if the rain or your tears were running down your cheeks. Whereas, the actual time is passing heartlessly even though you are having a tragic moment. Then, the wisdom associated with Saturn may tell you “But you must know the time will pass”.

I think, it is the time to see what Saturn rules, such as the real world. The time moves and doesn’t stay still. After analysing your situation, all you need is standing up and facing the current situation even though you are slipping on the muddy ground. While you remain in the same spot, you can see many kinds of things in the world.

Moreover, you might find something that you have never noticed. As if you were sitting in a café watching people walking outside while raining, you would be seeing the world calmly from a distant. There might be some situations hard to look at, but there are always words of support and encouragement, friendly people, calming music, arts, and so on that can be of some comfort and encourage you to overcome a hardship (I think the planets or angles involved to Saturn transit tend to offer support – because, what the involved planets or angles mean can be crystalised with Saturn influence). Soon after, you may realise everyone is walking on their own path. In addition, when you see the roads, you would notice that each of them is unique with complicated ly crossings. Sometimes they go the same direction other times are separated; getting wider and narrower; being flat or getting steep… You would see myriads patterns which are never the same, except for, all our paths are heading the same destination, called completion.

At the same time, you would know that everyone is getting old while being on our own personal road. You may find the time is passing equally even though you were having a down moment. The time does not wait for you, whether you are crying alone in the dark room or you are having a fun chat and pleasant tea with friends. Stopping in the middle of your own road for a while (you might want to say disturbing though) can be a gift from Saturn to take the time to understand and consider your situation, environment, and the world around you that you did not notice before. It could be an important moment to enrich your life. Like a stew making, you know you need to simmer the stew for a while to make it better and tasty. Taking the time in the middle of your life road will be an opportunity for you to mature and become more attractive. No one enjoys the stew cooked not for long enough.

Whereas, some people prefer remaining in the same place forever with old memories or by blaming themselves. It does not seem like a worthy life journey. If it was a stew, it would finally be burnt. Surely Saturn makes us stop on the road, giving us an opportunity to learn from experiences. You (and your stew) need to be out in the social world to welcome a forthcoming fruitful moment. But, can we do it while you have not moved on yet?

Personally, my current answer is just looking forward is enough at first. I would not say, “stand up! Get ambitious and do it now”. This sounds a bit harsh, and I know that just looking forward is quite a challenge for some people. But we should also know the time doesn’t freeze and wait for us. This might be hidden Saturn’s message – that time never stops and getting along with the time passing can take you to see the new world (Uranus, the next planet after Saturn). If you were looking backward (the past) or looking down (at the current terrible experience) all the time, you would miss everything that is ahead of you (the future). “Time will heal,” because while walking the road with the clock ticking, your view of the world is bound to change. In Saturn’s term, overcoming might mean healing. In the next stage you are ready to move along your life path using the Sun’s creative powers. Taking a long-term approach seems to be another of Saturn’s gifts when one is having a hard time. We human beings seek quick fixes by focusing on the moment hoping for a solution to our current problems. But Saturn allows your tree to bear fruits even though it takes a certain time. Although your terrible experience seems unpleasant at the moment, it could bring more fruitful results later. Our life is never stopped as Saturn tells.

Our own path does have high mountains, deep valleys, and fast falls, but we can also find fabulous flowers, rainbows, northern lights, and so on. Although the current road is cracked, beautiful flowers can bloom through the gaps. If the road was solidly fixed with concrete, there would be no space for flowers. 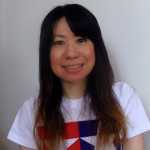