ONLINE SEMINARS are open to everyone. Many topics directly support the material of the Faculty course modules, making them ideal for Faculty students. However, no previous affiliation with the Faculty is required in order to enrol.

Each seminar costs £35. You do not need to attend in real time. Your enrolment gives you access to a recording for 30 days – perfect for review or if you were unable to attend when the seminar was broadcast!

The Faculty uses Zoom as an online platform. If this is your first time enrolling, please read Joining an Online Seminar Using Zoom. Prior to booking, see the Conditions of Enrolment.  Please email onlineseminars@astrology.org.uk with any queries.

NEW FOR 2020-2021: When you enrol on a seminar, your link to attend it will be provided automatically with the confirmation of your purchase. 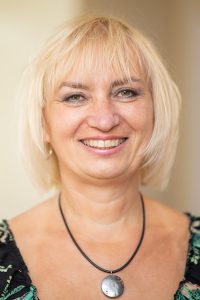 We are repeatedly hearing the words, “After 2020 the world will not be the same, and we will have to adapt to the ‘new normal’”.  Is this really the case? What could be the ‘new normal’? Pluto, Saturn and Jupiter in Capricorn in 2020 brought changes to the economy, travel, health and politics on a global level. ‘I cannot breathe’ was a sentence we have heard many times, which can be connected with a long lasting absence of slow planets in air signs.  In 2021 Saturn and Jupiter will spend most of the time in Aquarius, and the North Node in Gemini, all of them making favourable aspects with each other and with Chiron in Aries. Can we be optimistic and say that global healing is coming? Should we be afraid of three squares of Saturn in Aquarius with Uranus in Taurus? This seminar will discuss those themes and many others, which are linked with planetary positions in 2021. 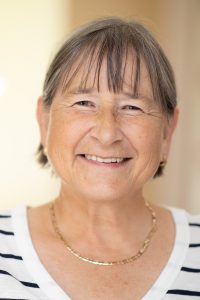 Acting as a compass for the karmic evolution of the soul, the axis of the lunar nodes is often referred to as ‘The Path of Destiny’. In ancient times this celestial dragon evoked awe in priests and astronomers  alike, as at eclipses, it was seen to temporarily devour the Sun or the Moon from the heavens.

In Western astrology the Dragon’s Head (North Node) is seen to promote evolution and growth of hitherto untapped potential of the individual, while the Dragon’s Tail (South Node), embodies primal behaviour patterns that are brought into this physical incarnation, bringing with them a sense of familiarity and security.

The recognition of this combination of past and future, experienced in the present, is key to one’s development of well-being and wholeness. Contemplating its symbolism we will look at example charts that describe the expression of this powerful axis. 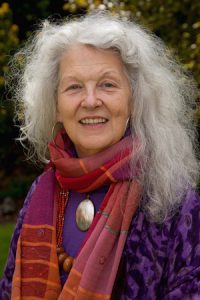 The first annual New Moon in Aquarius in the new Jupiter-Saturn cycle, since they were conjunct at 0°29’ Aquarius on 21.12.2020, occurs on this very evening. Further, our chart has SEVEN planets in Aquarius! Melanie will offer a presentation on ‘all things Aquarian’, plus a guided imagery process with time for sharing and questions. Do join us. 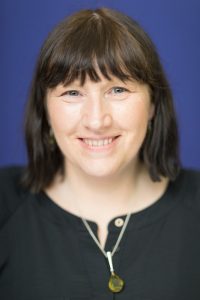 In the world of computer-generated horoscopes, it is easy to forget that the chart is a representation of the sky. This seminar looks at the systems we use to map the sky and their relationship to the structure of the horoscope.

BOOK ALL THREE and SAVE £10

The manual calculation of the horoscope can appear daunting to beginners and experienced astrologers alike. This seminar focuses on the first step of the process – the calculation of the angles – and simplifies it by breaking it down into a series of easy steps. 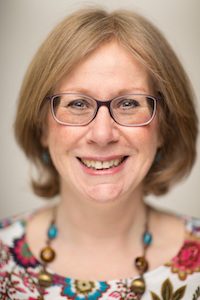 In the Annual Christmas Lecture 2020, we embarked on an examination of the Shadow, situating it in the work of Carl Jung and thinking about where we might find it in a birth chart. We saw how it can centre itself for instance around certain planets and houses, tense configurations of aspects, or an absent element, suggesting the potential for something to be pushed underground, into the unconscious.

In this follow-up seminar, we will engage with some case studies in depth, focusing on practical interpretation of whole charts. We will gain practice at identifying the potential for Shadow in a birth chart, to deepen our skills at chart work but also to reflect light on the unconscious elements which might be at work in our own lives too. As well as exploring chart examples, there will be time for questions from the group, to bring the material into the realm of our own personal experience. 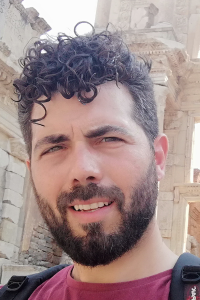 20 March 2021
3.00–4.30pm GMT
A Time and a Place: The Difference Between Signs and Houses and How to Approach it When Assessing a Chart
with Alejo López

Often signs are confused with houses or vice versa. While there is definitely some resonance among them, the ancients were quite specific and clear when describing the realm of each one of these factors, stressing their use and contrasting meanings. For them, Mars in Aries was not similar to Mars in the 1st house. Sometimes, modern astrology forgets that signs describe modes of being while houses are ‘places’ or areas of life. In this seminar, we will study the astronomy of houses and signs to clearly see why they are speaking of different realms. From there we will deepen our understanding of how to interpret them when assessing natal charts.

10 April 2021
3.00–4.30pm BST
Plotting the Heavens
Part 3: Calculating the Positions of the Planets
with Frances Clynes

Following on from the earlier seminar in calculating the angles, this seminar takes the same approach with the calculation of the planetary positions and break the process down into a series of easy steps. 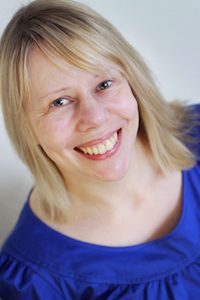 The nodal axis in the natal chart is a pathway of mystery that hints at our innermost sense of life purpose. Adding consideration of nodal transits throughout a lifetime to our interpretations enhances and expands their potential even more, as we bring our real-world experience and astrological skills to these fascinating points.

In this online seminar we will look at the 18.6 year nodal cycle and its major stages, as well as the potential impact of nodal transits on natal planets, using the rich imagery of their archetypal symbolism to reveal a deeper and more profound understanding of ourselves. Case studies will illustrate transits of the nodes in practice and their tendency to show turning points in life as our inner wishes attempt to realign outer circumstances with our personal vision.

It is recommended that attendees are familiar with using the nodal axis in natal chart work and transits in general to benefit fully from the online seminar. 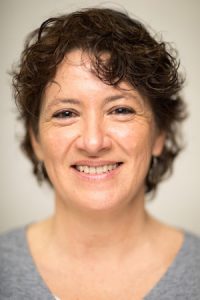 We astrologers, in our concern about studying the heavens, often forget about the wholeness of the universe. According to the ancient hermetic law of correspondence which says “What above, so below”, the disposition of the planets at a particular moment has a direct correlation with the planet Earth. Therefore, each planet in our chart resonates with particular places throughout the planet. At these locations we can experience our planets at their maximum strength. The astro-cartography technique provides that information, and it is a very helpful tool for relocating purposes. We can use it to move to a different place, permanently or temporarily, and it is a very visual and easy tool to relocate our solar returns when we eventually want to do so. 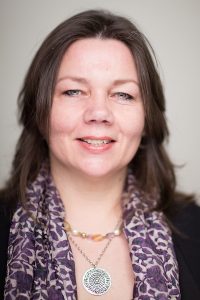 When we elect a chart we recognise that we are working in a different way with astrology to interpreting a chart. Rather than engaging with symbols and patterns to access meaning we are sifting through moments of time evaluating the strength and position of the planets in the heavens to choose a moment of inception. In this seminar we will consider what it may mean to choose a time, look at the fundamental principles which underpin all electional work and establish a set of clear guidelines for working with the more complex elections for our individual purposes.

Progressions are one of our key forecasting techniques. Based on symbolic movements of the planets rather than their physical passage through the heavens used in transits, they are a guide to the unfolding of the chart and the inner development and evolution of a life.  In this seminar we will review the principles of the technique, explore how to work with progressions in practice where our focus, as always, is drawn to what is significant, such as a change of sign or house and, consider the powerful progressed lunation cycle as an enduring pattern of inner unfolding.

The local space technique consists of casting astrological charts using the Horizontal System of Coordinates. This system has been almost totally abandoned by astrologers for years due to calculation difficulties, but perhaps moreover because all forms of geomancy have been considered mere superstition for years. It is a fascinating technique that allows us to work our chart in our physical space. It is the astrological form of geomancy and tells us where in our surroundings we effectively find the archetypes of our chart. Through our local space charts and maps we can see the energies of our chart embodied in our surroundings and ready to be consciously activated through the invocational effect. This is an amazing tool to tune ourselves with our piece of earth and with ourselves, both at a large and small scale – globe and home. 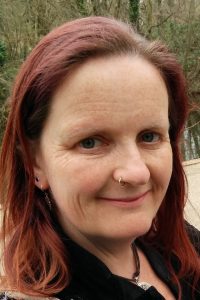 The relationship between the Sun and the Moon is key to our understanding of the natal chart and indeed of the heavens as we experience them in our daily lives. The waxing and waning of the Moon in connection with the Sun reflects the ebb and flow of energies in our outer lives as well as our inner selves. In this seminar, we’ll look at this fundamental cosmic pattern in our natal charts, considering the energies of each phase and the different ways they allow us to make a tangible connection with our soul purpose.

The natal chart contains a wealth of information, layer upon layer of profound symbolism. But pulling it all together into a coherent whole can sometimes feel overwhelming. This seminar looks at holistic approaches to chart interpretation, allowing us to bring together the techniques of astrology and the data they generate to engage with intuitive and imaginal thinking which brings the chart alive, transforming it from abstract symbolism to lived experience. We’ll consider how to approach the chart to embody and ensoul the symbolism in the unique life experience of the native. 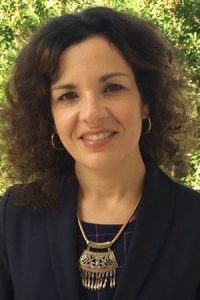 A harmonic chart is a chart derived from the natal chart, showing a particular number in action.

There are as many harmonics charts as there are possible numbers: like different colours of the light spectrum, each harmonic chart represents a separated picture of the birth chart and, a different aspect of the person’s personality. For instance, the fifth harmonic (H5) shows how the essence of number five works in the person’s life. After presenting the technique we will focus on the H5, H7 and H9, with many significant case studies, where we can really see the unique potential of harmonics.