I have been fascinated by Orcus since the time of its discovery in 2004. The plutinos as a group appear to be of increasing interest, but Orcus immediately captures the astrological imagination thanks to one specific fact: its orbital period is virtually identical to that of Pluto, and it is always constrained to be at perihelion when Pluto is at aphelion, and vice versa. Because of this, Orcus is unofficially considered the ‘anti-Pluto’.

Mythologically, like all plutinos, Orcus was an underworld deity. He is believed to be of Etruscan origin, and his particular role seems to focus on the punishment of broken promises. Melanie Reinhart has said this might well include the concept of being untrue to oneself or ‘living a lie’; given the Plutonic association with deep and hidden matters, this seems to make more sense than if applied solely to conscious promises. Of course, in ancient times an oath was a very solemn and serious matter, and infringing it risked severe consequences. Even the Gods, when swearing by the river Styx, were held accountable for their words. Orcus, a relatively obscure deity, thus becomes the bearer of a huge responsibility. 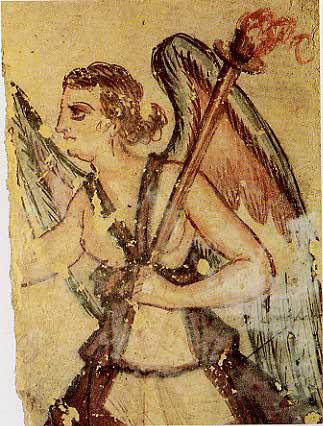 This chimes well with the Pluto and underworld associations. In Greek lore, when the Gods divided up the dominion of the world, Hades deliberately chose the realm of the dead, avoiding the contest that took place between his brothers, Zeus and Poseidon. The Chthonic deities in myth appear to be seen as rather separate from the Olympians, just as the mysterious lands beneath the earth are about as far from the sky as one gets. In his own realm, Hades may be said to wield even as much power as Zeus. In astrology, the power of Pluto is clear, despite its recent astronomical demotion. Pluto may seem small and unimportant, yet its influence is always there, an underlying bass note that lurks quietly beneath until suddenly it explodes into consciousness, and we recognise it as the foundation of the entire composition. The theme is unmistakable: Pluto may be concealed, but it is the ruler of all hidden things.

Orcus is one of the smaller well-known plutinos and is currently relatively close to aphelion; yet it is making its presence known, perhaps through its orbital association with Pluto. Since I have been writing this article, I came across a video of a cat named Orca, and was sent a petition to free an orca whale. Apparently, from across the solar system, this little piece of rock is striving to be heard.

I think that in the Western world at least, we are suffering an epidemic of confusion. Truth is no longer concrete; reality is a muddled concept; nothing exists that cannot be argued away. Dishonest yet influential figures can present horrible, blatant lies as natural and obvious truths, while appearing to take the moral high ground, and assert that there is nothing else to be learned even as we continually make new discoveries. Many of us might feel at this moment that there is no actual ground beneath our feet. I believe Orcus is a reminder that we must keep seeking until we find the real truth; that we must be honest with ourselves and others; and that only through doing so can we fulfil our whole potential as intelligent human beings.

“This above all: to thine own self be true,
And it must follow, as the night the day,
Thou canst not then be false to any man.”
Shakespeare, from Hamlet 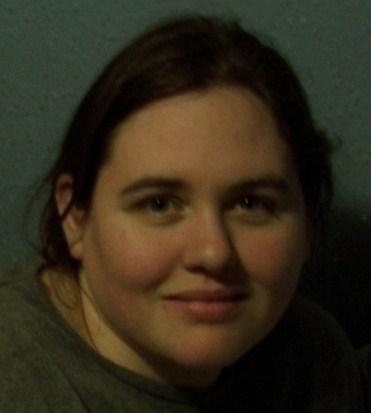 I have been a formal student of astrology for about 6 years and am deeply inspired and humbled by how much I have still to learn.