Ever since I first learned that Neptune symbolizes both glamour and spirituality, I’ve been trying to reconcile these two concepts as one archetype. My perspective has been shaped by a background that includes the practice of religions espousing a doctrine of asceticism, whereby glamour is seen as something “worldly” or “unspiritual”.

One of the problems religious ascetics have with glamour is that it is an illusion. In ascetic traditions, the goal is often to remove the veil of ignorance that separates us from our true, spiritual nature, to reject the things (and many people) of this world by rejecting the illusion that māyā is real. Interestingly, one way ascetics do this is by living in cloister, a twelfth-house, Neptunian endeavor.

Neptune throws a trident-shaped wrench in the dogma that says illusion and glamour are obstacles to authentic spirituality. I learned from my tutor, Glòria Roca, that all three outer planets, corresponding with three radioactive metals (Uranium, Neptunium, and Plutonium), “irreversibly alter the structure of the matter to produce something extremely powerful”. Perhaps Neptune’s lesson is that embracing illusion and glamour corresponds with embracing spirituality. Why else would these archetypes be linked? Is Neptune the radioactively-charged answer to Jupiter’s religious fervor?

Neptune was visible in his many manifestations on my recent trip to Los Angeles. In Santa Monica, we swam in the Pacific and I was reminded of the ocean of consciousness that Neptune calls us to unite with. Hollywood glamour was of course a prominent feature of our trip. And the casual way the locals talk about and practice their spirituality, as if it is simply a matter of course and not unusual in Christian America, was striking. Esoterica of all kinds is on full display in L.A., from tarot readers to psychics to Buddhists and, of course, thousands of yoga devotees. In L.A. it seems to be absolutely normal to discuss your personal daily chanting practice, or to attend a yoga class, or to visit an astrologer. This was refreshing.

From the perspective of the rest of the world, L.A. culture seems to be based on the glamour and illusion of the Hollywood film, television, and music industries, yet it simultaneously embraces spirituality. This is lived Neptune in action.

You have probably heard the idea that movie theaters (Neptune) are like modern temples, where the audience, in total darkness, partakes in the ritual of honoring the larger-than-life gods who appear on the screen before them. We watch them act out the stories that work on us like myths, defining our culture and society, defining people’s dreams (Neptune) and goals for them. Participation in this mass consumption of illusory reality can lead to denial or repression of one’s own personal dreams. Everyone tries to fit in with everyone else. The worship of movie stars (Neptune) continues outside the theater, in the real world, and celebrity and fame become the ultimate dream for people worldwide.

From the modern, psychological, symbolic perspective we learn at the Faculty, it appears that the explosion (Neptunium) of spirituality in the City of Angels is a direct response to this suppression of personal dreams through taking on the mythology of glamour, represented by our obsession with celebrities, who we raise to the mythical status of gods despite their being very clearly human. This spirituality is non-traditional for Americans; it is outside the religious norms that most of the country follows. L.A. is a place where the freaks among us can feel at home, whether we be artists or spiritual seekers.

Perhaps L.A. is also a place where a lifting of the veil can occur, and a non-religious, personal spirituality (Neptune) that unites the world as one can be born. A lofty goal for a city built on the industry of illusion. 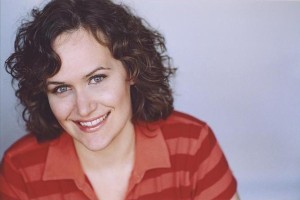 Anne Stuecker has been studying astrology since 2008 and is a student in the Foundation Course at the Faculty. She lives in Frankfurt, Germany, and her website is venusianskyastrology.com.