70 years of excellence in astrological education

In 2018, the Faculty of Astrological Studies celebrates its 70th birthday.

Throughout its history, it has sought to keep alive the bright flame of astrological learning, providing a place where students can gain not only a sound understanding of chart interpretation and consultancy skills, but also engage with the mystery of this ancient art and with the process of self-development, themes which are the heart of the astrological journey.

The Faculty continues to uphold a standard of excellence, through its distance learning programme, its London classes, its online and day seminars, and the annual Summer School, where participants from around the world can share in a magical week of learning.

At our 2018 Summer School, we will celebrate our 70th anniversary at the Thursday-night Gala Dinner, with former President Clare Martin as guest speaker and contributions from key members of the Faculty team. Bring something special to wear!

The birth of the Faculty

The Faculty was founded in 1948, at a time when astrologers such as Alan Leo and Dane Rudhyar had already significantly reshaped astrology for the modern era. In 1915, Leo founded the Astrological Lodge of the Theosophical Society, out of which the Faculty later emerged.

At the same time, sun-sign columns, first published in Britain in 1930, had become popular. They increased public awareness of astrology, but nowhere was it possible to study the subject properly, in all its richness and depth. A small group of Lodge members thus proposed that:

‘a body called “The Faculty of Astrological Studies” under the auspices of the Astrological Lodge should be created at the earliest opportunity.’

At a Lodge meeting, at 6 Queen Square in London, the Faculty was born, to be run by five officers, including Charles Carter as its first Principal.

Raising the standard of astrology

‘The Faculty of Astrological Studies has been founded … as a non-profit-making organisation having as its functions:-

(1) the drawing up of a syllabus of study of astrological subjects of a high standard;
(2) the instituting of courses of tuition;
(3) the preparation and holding of examinations in astrology, both of intermediate and final standards.’

The Diploma would thus come to symbolise the attainment of a recognised standard, underpinned by the highest professional values.

As the Faculty’s reputation grew, it was eventually launched as an independent self-governing body. A Constitution was ratified at a meeting that began in London at 7pm on 4th May 1954.

In 1980, the Faculty held its first Summer School at Girton College, Cambridge. The next was at Winchester College in 1987, moving to Oxford in 1988, where it has taken place each year since, first at Jesus College, then Brasenose College, and finally its current home of Exeter College. It has become the Faculty’s flagship event, a unique blend of astrological creativity and learning.

Faculty Council and the tutor team

Over the decades, many now-famous astrologers gained their Diplomas, becoming tutors and contributing to the Faculty’s development. Amongst these are Liz Greene (founder and director of the Centre for Psychological Astrology alongside fellow Faculty alumni Howard Sasportas and Charles Harvey), Melanie Reinhart, Mike Harding, Sue Tompkins and Christeen Skinner.

Part of what makes the Faculty special is that it is run by a Council – a group of dedicated Diploma holders held to account by the Faculty’s constitution and working as a team. Our course material is a blend of many different voices. The Faculty belongs to no one, only to itself, and in time each new generation takes its place at the table, teaching, examining and organising its events and functions. Each person brings their own particular skills to the work, ensuring that the Faculty remains a thriving and dynamic force within astrological education.

The Faculty continues to operate, as it has done for decades, as a non-profit making organisation, committed to serving its students, its subscribing Diploma holders and the noble art of astrology itself.

The future of an ancient art 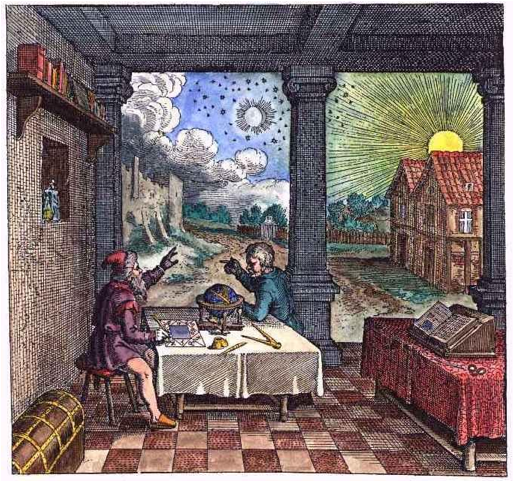 We might ask what kind of astrology the Faculty teaches, since included in its broad syllabus are both ancient and modern techniques, an ancient magical mindset alongside contemporary psychology.

Charles Carter believed there are four attitudes towards astrology: the old traditional attitude, the scientific attitude, the esoteric attitude, and the symbolic attitude – and that the Faculty embodies the symbolic attitude, since astrology is primarily an art of interpretation. This is perhaps just as true today. The Faculty’s approach acknowledges many concepts from Jung’s psychological model but also articulates the ancient idea of magical correspondence between literal/physical and imaginative/psychic modes of experience within the interconnected and ensouled cosmos inherited from Platonic teachings. It teaches the importance of accuracy and rigour, but at the same time acknowledges that astrology is full of paradox and mystery. It teaches interpretation but also invites its students into a fuller engagement with astrology’s symbols as a timeless language of the soul which takes us beyond the simple world of metaphor.

At the heart of the process are the consultancy skills intrinsic to our Diploma, as is the student’s ongoing work of self-reflection and engagement with their own chart and with questions of astrological philosophy. We remain focused firmly on the original founding principles of devoted study and good practice, at the same time embracing the changes that continue to shape astrology. These include the growing importance of astrology as a container for spiritual experience, and recognition of a deeper philosophical strand which links the Faculty into the chain of esoteric thought that has wound its way from Plato and the Neoplatonic and Hermetic traditions down to the present day.

We hosted the Presidential Suite of Online Seminars, a special series of four Online Seminars presented Faculty Presidents past and present in celebration of the Faculty’s 70th Anniversary.