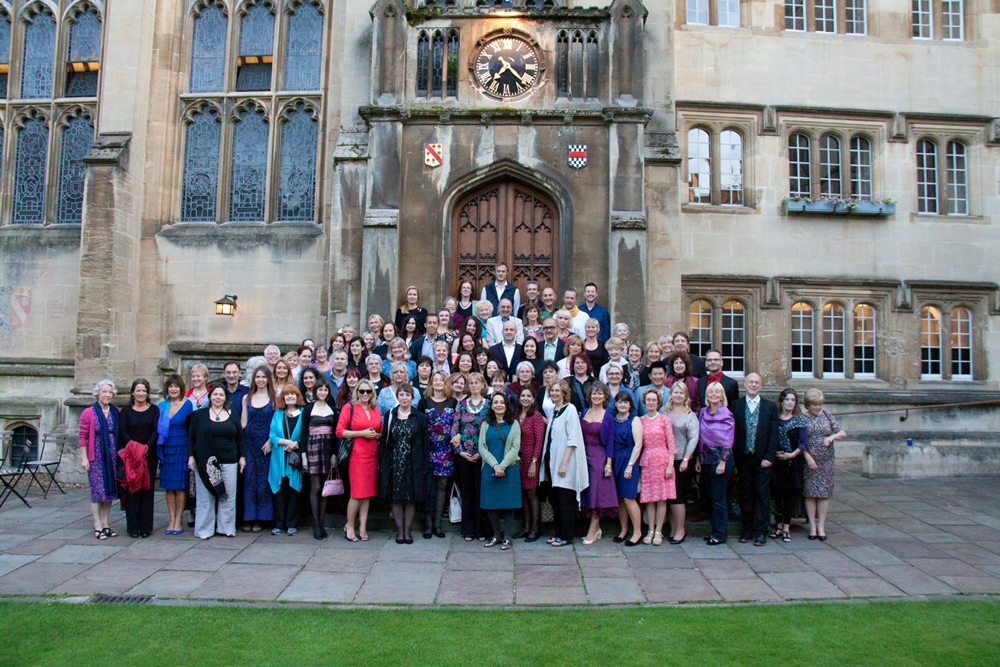 The Faculty’s 28th Summer School was a tremendous week of deep learning and engagement with our beautiful art of astrology. Once again, we came away enriched by the experience, sad to say goodbye but carrying with us so much of value to work with and inspire us through the coming year.

The two weekend courses, on Hellenistic Astrology with Dorian Gieseler Greenbaum, and on Cycles of Life with Brian Clark, provided two very different pathways, the first returning us to the roots of our tradition and bringing ancient knowledge into contemporary practice, and the second offering a vision of the rightful patterns of life seen through the lens of personal planetary cycles.

The five-day courses – Astrology in Action, Module 3 and Module 6 – were equally challenging and inspiring. Those engaged in the modules gained the value of learning within a small, committed group of students, supported throughout by experienced tutors – those on the Astrology in Action course had a wide variety of options available, from techniques such as Astro*Carto*Graphy and local space astrology (as part of a study of astrology and the natural world), to planetary cycles and contemporary affairs, to explorations of mythic images and their impact for both the individual and the collective.

We had huge fun too, as you will see from our photo gallery below! After a week of intense learning and deep personal work, we let our hair down and hit the dance floor, with a disco after the Gala Dinner!

Throughout the week, our recurrent theme was the ‘magic castle’. Within the timeless beauty of Exeter College itself, each year we construct our Summer School, a place of the imagination as much as the real world, where we explore the rich symbols of astrology that provide the link between inner and outer worlds. In that magical country, we explore within ourselves and deepen our understanding in a way which can only be achieved through full immersion in the material and in our own charts. We have packed away the ‘magic castle’ now until next year, but it lives on in our memories of the rich experiences we had there.

The dates for next year’s Summer School are Friday 19th-Friday 26th August 2016. There will be the usual choice of weekend and five-day courses, including a selection of Faculty modules and part-modules. Details of the event will be posted here soon!

Here are a few comments from this year’s Summer School feedback:

– Dr Greenbaum’s genuine enthusiasm for the subject made the topics come alive…it was very inspiring to be in the presence of a true scholar.

– The standard of tuition on ‘Astrology in Action’ was professional; lecturers were all very open for questions. Very motivating, knowledgeable and inspiring!

– The standard of tuition on Module 3 was very good – I really enjoyed the course.

– Module 6 was just perfect – the standard of tuition was high and broad. The tuition was of the highest level.

– Exeter College is breathtaking and magical!

– Summer School is a wonderful event – a great tribute to all involved in organization and teaching.

– Another Summer School and another magnificent experience. Just one thing this year was our introduction to Lynn Bell. What an experience! We came back for more during the remainder of the week. Her talk on Archetypes and Michael Jackson was practically worth the whole trip from out here (Singapore). 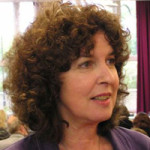 We have a free recording from Summer School 2014 for you to download!

The Mythology and Psychology of Saturn with Darby Costello
(from ‘Astrology in Action: Honouring the Malefics’ Summer School 2014) Download

LYNN BELL has worked with charts for over thirty years. Internationally acclaimed, she is much sought after as a consultant, teacher, author and speaker. A long-time tutor for the CPA, and for many other schools such as Wisdom University’s New Chartres School and Caroline Myss’s CMED Institute in Chicago, Lynn has lectured throughout the world and spoken at many of the major astrological conferences. She lives in Paris, where she runs a busy private practice.

BRIAN CLARK has been a consulting astrologer and educator for most of his adult life. He also is the creator of the Astro*Synthesis distance learning program which has been shaped from his experience as an astrological educator over the past 35 years. Through Odyssey Tours to Ancient Greece Brian conducts tours to sacred sanctuaries, especially those dedicated to healing and divination. Brian has been honoured with Life Membership in the national and state astrological associations (the Federation of Australian Astrologers and the Victorian Astrological Association) as well as it professional body (the Association of Professional Astrologers) for his contributions to the discipline of astrology.

DARBY COSTELLO Hon DFAstrolS has been an astrologer for more than half her life and is engaged in many layers of the astrological community. She has taught at the CPA since 1988 and lectures and teaches internationally. She has written several books including The Astrological Moon, Water and Fire and Earth and Air. Darby was awarded the MA in Cultural Astronomy and Astrology at Bath Spa University in 2006. Her consultation practice is at the heart of her working life as an astrologer.

CAT COX MA DFAstrolS began her astrological journey in 1984 having always had a fascination with the stars and the magical world. She has travelled through modern, traditional and academic approaches to the art via the Faculty Diploma, John Frawley’s horary training and the Bath Spa MA. Her approach has also been influenced by a long- held interest in the Western Mystery Tradition and in women’s spirituality. She is the Faculty’s Vice-President, teaches with the Faculty, and practices and runs workshops in London.

PENNY DE ABREU DFAstrolS studied astrology for many years before passing the Diploma in 2001 and receiving the Margaret Hone Award. She works as a Distance Learning tutor and has had the privilege to teach at Summer School for several years.  Penny has a small practice in South London and runs a class for complete beginners.   Prior to becoming an astrologer she worked in the National Health Service.

KIM FARLEY DFAstrolS discovered astrology at her Saturn Return and has been a part of the Faculty one way or another since the early 90’s. She feels immensely lucky to have taught generations of London classes alongside her home-based private practice.  In her view, astrology represents the richest possible use of imagination and creative thinking. Kim is also an independent funeral celebrant.

DORIAN GIESELER GREENBAUM has practised and taught astrology since 1992. In 2009, she received her Ph.D. from the Warburg Institute, London, writing on the daimon in Hellenistic astrology. She recently published ‘Astronomy, Astrology and Medicine’, in Springer’s Handbook of Archaeoastronomy and Ethnoastronomy, 2014. With Joseph Crane, she taught a 2-year programme in training astrologers, as well as teaching aspects of Hellenistic astrology. She has lectured internationally in both academic and astrological settings, including UAC 2012. Her book based on her Ph.D. thesis will be published by Brill in 2015.

ROB HAND Hon DFAstrolS has been one of astrology’s leading lights for over 30 years. He has written a number of classic texts – including Planets in Transit, Planets in Composite, Planets in Youth, Essays on Astrology and Night and Day – and is well known for his research work in ancient and medieval astrology and for establishing ARHAT, a formal archive, library and publishing company to continue his lifelong work in astrology. Rob holds a PhD in medieval history from the Catholic University of America.

DEBORAH MORGAN DFAstrolS is a Faculty distance learning tutor and runs an astrological practice based in the West Midlands. She is intrigued by the interplay between inner experience, planetary cycles and the astrological seasons of the year. This forms a significant part of both her client work and personal understanding of astrology, and fits well with her fascination with subjects as diverse as mythology, neo-paganism and the Western Mystery Tradition.

MELANIE REINHART DFAstrolS Since 1959, astrology has been central to Melanie Reinhart’s life, and for the last 39 years she has been offering consultations, writing and teaching worldwide. Her work is internationally known and she is one of the most respected astrological voices of her generation. Her special interest is meditative work, and original research on Chiron and the Centaurs. Melanie is a patron of the Faculty and a regular tutor at the Summer School.

GLÒRIA ROCA DFAstrolS began her formal studies in 1991, studying esoteric astrology with Alan Oken and Hermetic Symbology at the Centre d’Estudis de Simbologia in Barcelona. She has worked as a teacher, consultant and Faculty tutor since obtaining her Diploma in 2002. Glòria is the Faculty’s Head of Exams and combines this with her astrological consultation practice, astro-feng shui and research into her main fields of interest: psychological astrology and local space techniques. She founded an astrological school, Aula Astrològica de Catalunya, in Barcelona in 2012.

CAROLE TAYLOR FFAstrolS is the Faculty’s Summer School Organiser and Director of Studies, responsible for the development of its course material. Formerly the President and Head of the London Classes, she has been a Faculty tutor for 14 years, both in London and by distance learning. Carole is currently studying for a Masters in Myth, Cosmology and the Sacred at Canterbury Christ Church, and runs an astrological practice in West Sussex.

ANTHONY THORLEY has been studying the history, myths and folk traditions of landscape symbolism for over thirty years. In 2006 he gained an MA in Cultural Astronomy and Astrology at Bath Spa University and is currently doing postgraduate research on the conceptual basis of landscape zodiacs as sacred space. He is completing a book, Sacred City, Secret City on the Masonic vision of the development of 18th-century Bath and teaches sacred geography at the University of Wales Trinity St David.

SUE TOMPKINS FFAstrolS became entranced with astrology c.1972 and since then has become a consultant and teacher of astrology and also a practicing and registered homeopath. Her books, Aspects in Astrology (1989) and The Contemporary Astrologer’s Handbook (2006), continue to be best-selling titles. In 2003 she was the recipient of the AA’s Charles Harvey Award for exceptional service to astrology. She lectures widely at home and abroad and runs residential courses. Sue is currently researching and writing about various aspects of medical astrology.

POLLY WALLACE DFAstrolS Polly’s fascination with astrology led her to the Faculty of Astrological Studies where she gained her diploma in 2005 and also the Fiona Griffiths Award. Locally, Polly gives astrology readings and runs workshops using creative methods for exploring astrology. Her writing has been published in various journals, local and national.