Every time we are entering another of Mercury’s retrograde phases the collective seems to respond with anxiety and a sense of foreboding. Even those who aren’t astrologically minded, raise their hands to the heavens blaming Mercury retrograde for their misfortunes with computers, traffic and contract signing. For three weeks, the world seems to be immersed in this collective hysteria captive of Mercury’s power.

But is this really true?

If we look back to Mercury’s myth, we may find that our hysteria and reaction to his power during his apparent retrogradation is misplaced.

Mercury, or Hermes in Greek mythology, is a trickster god, known for his winged shoes, gift of gab and for being Zeus’ official messenger. He is the god of many other things, but as a trickster god, we are invited to loosen our expectations of him. Unlike Apollo his brother, from whom we get the benefit of a logical mind, precision and artistry, Mercury is here to teach us a different lesson. Nevertheless, we live in a world that is enamored of Apollo’s clear logic and science, and there’s very little room for Mercury’s more ambiguous ways.

Thus, during its retrogradation, we step into trickster space, where through play, Mercury reawakens our dulled perception so that we may see our world anew.

It is worth meditating on the fact the Mercury is the fastest moving planet and the archetype of connection via communication and trade. His role in communication is not just with the outside world, but ultimately inside ourselves. Notice how our thoughts and synapses connect at such lightening speed that we don’t even notice. Our thoughts and perception of the world around us shape who we are and how we engage with that which is external to us.

As you can see, Mercury is much more than lost correspondence and computer glitches during its retrograde phase.

It is during this slowing down phase, that Mercury invites us to RECONNECT and REVIEW our perception of the world. If our thoughts are flying by and we are not noticing their effects on our outer world, then during the retrograde what seems like external events that come via glitches and miscommunications, are really messages from this trickster that it is time for us to stop and regroup, because our own inner connections are faulty.

Mercury is also known as the god of trade, theft and oath making (i.e. contracts and agreements). No wonder in our world where globalized trade and communication is the order of the day, such hysteria happens when the systems break down and things aren’t able to flow easily. At first those attributes seem disconnected, but they are intimately linked via seduction.

For Mercury trade and theft are two sides of the same coin, as they both involve a certain amount of seduction, mediation and the art of convincing another that the deal is to their advantage. Mercury’s very own birth starts with a theft that he was able to turn around and make it into a successful exchange and promotion to his own status – his official induction as one of the Olympians. Here is your very first self-made ‘man’ who achieves success through his own genius and ability to find the loop in the establishment.

During its retrograde phase, we are yanked from our Apollonian world, where we expect exactitude and clarity, into a world of ambiguity and symbolic thinking. Mercury’s mode of operation isn’t straightforward, but it has much to teach us about ourselves and how we perceive the world. As trickster god, he wants to shake us out of our moronic acceptance of our thought patterns through teaching about the complex network of symbolic relationships interwoven all around us.

His biggest lesson to us is about mobility and flexibility, both much needed elements during change and transformation. Through his unpredictability, Mercury invites us to keep nimble and adaptable, able to read through ambiguity and see opportunity where we thought there wasn’t any.

So during Mercury’s retrograde phase know that this trickster has arrived in your life, not to cause havoc, but to awaken you to new opportunities, especially of how you see and communicate with the world. Yes, it may be exasperating and irritating, but it’s also about play, returning to your beginner’s mind and understanding that the world is really about connecting the concrete and the symbolic. Reawakening us to a more magical world is Mercury’s gift to us. 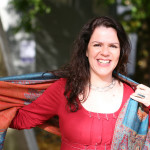 The only kid on the playground asking, “What’s your sign?” Brazilian-born artist Vanessa Couto has had a life-long love affair with astrology. Blending art, astrology and a counseling background, Vanessa offers readings as well customized mandalas, infused with a symbolic interpretation of her clients’ natal charts.