It was Matthew Bellamy, the singer of rock band muse, who sang “Yes, I’m gonna win.” The song title is ‘Survival’, and it starts with the lyric, “Race, life’s race.” It was the theme song of the Olympic games in London in 2012, probably some of you remember the song. In the lyrics, there are interesting words, such as vengeance, strength, fight, win … you, astrologers would easily find the symbolism of Mars and Pluto in the lyrics.

In astrology, Mars indicates ‘will, desire and fight’, which are the driving forces to survive in life. Whereas, Pluto represents ‘an indomitable spirit and strong determination’ to strengthen our mentality and emotionality.

Mars was regarded as a bad omen planet in traditional astrology. We sometimes still feel uncomfortable when seeing Mars in the chart, and we tend to feel something disquieting when seeing Pluto there. However, sometimes Martian and Plutonian attributes are celebrated through a life journey as in this song. Above all else, through our study of astrology, we can realise their importance in life. Mars could show our personal will and generate a fearless fighting spirit to take more control in our life’s path. Pluto would indicate our inner strength and self-transformation for advancing in life, gathering wisdom from our experiences. For example, everyone knows that the Olympic games is the grandest sports festival where humanity is able to express personal physical energy and ability, it is a battle for victory (it is the festival of Mars!). Entry to these games requires years of training, determination and strength of character. The challenge is never easy, athletes who want to reach the Olympics need to overcome many hardships, including serious set backs. Many must give up their normal lives and sacrifice time spent with family and friends to achieve their dream. It can be a sink-or-swim challenge with Mars and Pluto power, just for a victory.

That example might be a bit extreme. As you know, in daily life, we often use Mars and Pluto‘s power in several scenarios. For instance, if you take on a big challenge with some serious competition, you may face it with your full strength and confidence saying “I’m gonna win.” What about in relationships? Be careful not to be too heavy handed under the influence of the power of these planets.
What is the importance of Mars and Pluto in our personal life? What do we want to make a victory for? I personally believe that the legend of Psyche and Eros’ is a fable expressing both planets’ importance.

The story goes:
“There was once a beautiful girl, named Psyche. Her admirers often said that Psyche was more beautiful than Aphrodite; the goddess of beauty. They worshipped Psyche as if she was a real goddess of beauty. This angered Aphrodite and commanded her son with Ares, Eros, to shoot the arrow of love into her in order to make her to fall in love with a hideous man. An Oracle of Apollo forewarned Psyche’s parents of this fate and on hearing it Psyche fell into despair.

Eros accidentally scratched himself with his own arrow foiling his mother’s plans and falling in love with Psyche himself. Eros and Psyche then became husband and wife, even though a god and human were forbidden to be married. Eros had Psyche taken to a beautiful meadow to live but prevented Psyche from seeing him, only visiting her at night in the dark. Psyche’s sisters became jealous when they saw the beautiful place where she lived and started to cause doubts in her mind about Eros telling her that she was sleeping with a terrible monster. In an attempt to reveal his identity Psyche accidentally injured Eros who flew away to his mothers home. Desperate to have Eros return she offered herself to Aphrodite as a servant in return for her help.

Angered, Aphrodite imposed some tests on Psyche. Firstly, Aphrodite forced Psyche “to sort out of many different kinds of cereal grains”, which, with help, Psyche passed. Aphrodite then forced Psyche “to retrieve the Golden wool from the violent sheep” and “to take the black water from the underworld.” Some Gods aided Psyche in passing these tests too. However, she failed the final test “to bring back some beauty in a box” from the underworld, and fell into an eternal asleep. When Eros saw her-asleep, he begged Zeus to return her to him so Zeus awoke her and made her a Goddess. As a God and Goddess, and husband and wife, they were admired by all.

If the legend is a story about personal growth, then, what kind of growth? Psyche had no ambition until she lost Eros. Aphrodite’s tests, “to sort out of many different kinds of cereal grains,” “to retrieve the Golden wool from the violent sheep” and “to take the black water from the underworld” would be related to Saturn, Mars and Pluto. The God of Saturn, Chronos rules wheat and cereals (he is the god of agriculture), and the golden wool suggests Aries ruled by Mars, and the black water in the underworld would be Scorpio ruled by Pluto. Why did Aphrodite, the goddess of beauty, impose these tests? She could force Psyche to bring a ton of flowers, but instead she imposed these Saturnian, Martian and Plutonian tests on purpose.

The first Saturnian test about wheat and cereals could imply the start of adult life as a matured person and life in social world without guardians. The final 2 tests, with respect to Mars and Pluto, would indicate Psyche’s need to learn both planets’ power. Interestingly, we could not find gods who should be there in the myth. Ares, the father of Eros, and, Hades, the king of the underworld are not mentioned in the story – even though Psyche went to the underworld twice! Why are Ares, the god of Mars, and Hades, the god of Pluto missing? I think this absence also emphasises Psyche’s lack of Mars and Pluto attributes such as fixed will, fighting spirit, and courage. Aphrodite’s malicious tests would have challenged Psyche’s lost Martian and Plutonian power. Moreover, in place of Ares, Aphrodite is the source of burning anger in this story – she is the representation of Martian energy in stark contrast to the mortal, and naive, human Psyche.

After Psyche, aided by others, had passed the Saturnian, Martian and Plutonian tests, Aphrodite imposed the final test “to bring back some beauty in a box” from Hade’s wife, Persephone. Psyche successfully took a box from the underworld, but she did not know the content was “sleep.” (yes, sleeping is necessary for keeping beauty though!) On the return journey back to Aphrodite, Psyche sees her tired face in a reflection and opens the box to restore her beauty before presenting herself to the Goddess. On opening the box she falls asleep in the underworld dooming herself to a fate equal to death. Tempered by the previous tests her resolve is now stronger but this new found strength is her undoing. In taking the initiative to improve her appearance she falls into a trap. A trap that requires our hero, Eros, to free her. Is this a failure on Psyche’s part?

Eros has been passive until this point in the story, taking flight to his mother and doing her bidding. Mars represents masculine power which Eros hasn’t tapped into yet.

Facing death, which is the realm of Pluto, he is forced to tap into this unused attribute. His transformation from passive to active (aggressive), by-passing his mother and negotiating with Zeus, his grand father, for Psyche’s release from sleep and the underworld.

In fact, the myth started with a Plutonian theme, as 8th house suggests of “forbidden things, separation and transformation.” Eros and Psyche broke a taboo for their love. Then they separated, and each went through a transformative process to reunite once more. The myth’s main stage/theme is an 8th house-related situation, forbidden love, separation and transformation. And Psyche and Eros achieved their personal improvement as transformation through 8th house-like achievement. What is also interesting is that they experienced the Plutonian lesson together, and Martian lesson individually, as Pluto is a collective planet, and Mars is a personal planet.

There are many ways to interpret this myth. In my opinion, the myth tells us “having an indomitable fighting spirit is a key to open up life and to transform everything” – it is precious Mars and Pluto power in us.

So, who is the winner of the myth? Psyche? Eros? Who sings “I’m gonna win?”
In another muse song entitled ‘Resistance,’ Matthew Bellamy sang “Love is our resistance.” Psyche and Eros refused to accept the destiny others tried to impose on them. They resisted, fought against and beat it completely. They obtained love by strong and fearless will. Yes, love was the only thing that caused resistance for them both. So, personally, I think the winner is Aphrodite – because love drove two to take action! We might hear Aphrodite’s singing “I’m gonna win (Love is gonna win).” 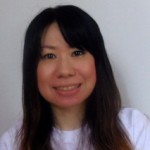