Uranus square Pluto is probably the most popular topic at this moment in the astrology community. Since 2010 these two planets have started to form the waxing square in their synod cycle and we are all wondering what is going to happen.

Not long ago, more than 40,000 people walked the streets in a protest for democracy in Hong Kong, after 15 years since the return of the colony to China. At the same time, the Chinese government wanted to impose Nationalism education on the island’s education system. This decision is facing huge criticism. In the UK we were shocked by the August riots in 2011, with social injustice been blamed for them. Not far from the UK, the Eurozone faces several waves of crisis from Greece to Spain and Italy, directly affecting the global economy. Outside of Europe, rebellions continue in the Middle East and North Africa. The Uranus-Pluto square is really making fundamental changes in our world. 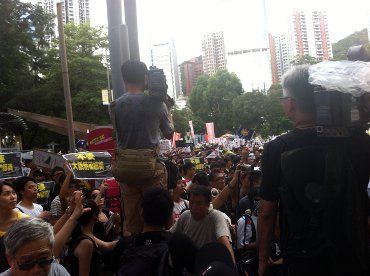 Many astrologers point out that these huge changes can be linked to the 60’s when Uranus and Pluto had their first conjunction, i.e., when the seed was planted. Now we can see what’s turning up. During the 60’s, the decolonisation of the Middle East and Africa took place. All these countries are now experiencing their first Uranus Pluto waxing square challenge. Many Hong Kong people feel that the Chinese government education reforms are like another wave of “Cultural Revolution” which took place in 1966 while Uranus was conjunct Pluto.

On the other side of the zodiac, in October Saturn will move into Scorpio. As a social planet, Saturn has a huge impact when it changes sign in the zodiac. In our personal life, transiting Saturn going through our chart, house by house, brings us life experience and points out what needs to be ‘done’. On a mundane level, Saturn usually indicates which part of society needs our attention.

For the last two years, Saturn has been in Libra wanting us to re-exam fairness and justice in our society, as well as co-operation and relationships. Along with the waxing squar of Uranus and Pluto, Saturn in Libra suggests people should work together, share experiences, be rational, keep their balance and listen to the voices of others.

But what could happen with Saturn into Scorpio?

Scorpio is a water sign, suggesting a more reflective side of our personal life, something subtle and intangible. Mars and Pluto share rulership of this sign, giving a strong drive towards life, fight and struggle for survival. Usually this sign is linked with the word “crisis”. 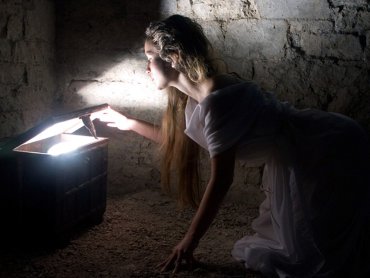 Put it in a different way, as Pluto guards the underground treasure in myth, when we face a challenge, if we dare go deeper and ask ourselves “What’s behind there?”, then we may find some hidden treasures to support us.

Rod Chang was born in Taiwan but lives in London. He has been studying astrology since his teens and began studying with The Faculty in 2007. His main areas of interest in astrology are Chiron, Mundane Astrology, Astro-Maps and Eclipses.