For someone living in the subtropic in Asia, going to the deeply snowy Arctic region to see the Northern Lights (also known as the aurora borealis) is an exotic experience. Sounds very much like Jupiter-Uranus, right? In fact, the planning and undertaking of my trip to northern Norway to see the aurora coincided exactly with the squares of the two planets – and something more… 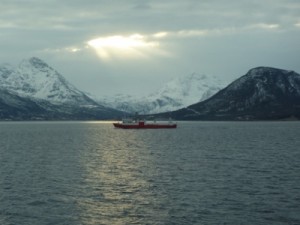 Before even deciding to do the trip, whenever the Northern Lights were mentioned, I would immediately recall the fascinating BBC documentary that chased the lights
with actress Joanna Lumley several years ago. As magnificent sightings of the lights were reported in the media from time to time last year, in August 2013 I decided to plan for an aurora trip set for February/March 2014 – just when Jupiter in Cancer was exactly squaring Uranus in Aries!

Both planets are known for their audacity, adventurousness and independent spirit: Jupiter in Cancer longs to seek freedom by going nostalgic or to widen horizons in the comfort of something familiar and “home-like” while Uranus in Aries is bold and urges to make personal breakthroughs – putting the two together actually means “searching for thrills, breaking new grounds through something or somewhere comfortable”!

This eventually translated into my choice of destination: Though the lights can be spotted in Alaska (the US), Canada, the Scandinavia, Iceland, Greenland and Russia, I chose Norway because it has got the mildest winter compared to other Northern Lights destinations. Well, one may seek thrills, but it couldn’t be thrilling (other than chilling) in a temperature of minus 20 or even 30 degrees Celsius!

We flew to Oslo on 23 February 2014 and a few days later boarded a boat that would take us from the south to the north of Norway, along the coast. Jupiter and Uranus formed an exact square again on 26 February, coinciding with extensive media coverage of extremely high aurora activities, with sightings reported as far south as southern Wales in the UK. Even my friends and family in Hong Kong had got wind of it and texted me in Norway to see if I had spotted the aurora.

Alas, we didn’t! We didn’t even try to look at the sky at night, for we hadn’t yet reached the aurora zone! But Lady Aurora didn’t disappoint us. In fact, she showed us what seemed impossible was possible: Experts would tell you clear skies are vital to seeing the lights, but when we saw the magnificent lights, it was actually raining! How that was possible still eludes me today… 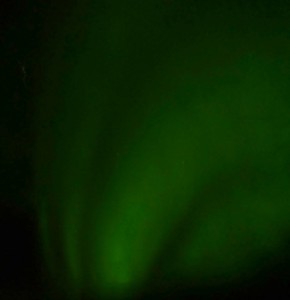 The phrase “aurora hunt” or “aurora chase” is often used to describe trips to see the lights and this surely carries a strong Jupiterian connotation, but the lights by nature are extremely elusive, i.e. as Neptunian as you can get, just like the mirage in the desert. One may go here and there to chase for the lights, but when, where, for how long and in what way they appear is unpredictable, despite the use of modern technology in forecasting.

In my trip, I saw the lights on three different nights, twice on boat and once on land. Though knowing the lights to be so elusive and so much depends on weather conditions, during the six months of preparations I somehow never doubted I would see them. I felt sure I would… Was this a reflection of the trine that Jupiter was having with Chiron in Pisces, alongside the Jupiter-Uranus square? Jupiter-Chiron indicates a strong inner faith that can withstand trying outer circumstances. With Jupiter in Cancer in a trine with Chiron in Pisces, there is a search for “home” or faith in the benevolence of mother nature, and the process is a healing one: One unconditionally accepts going with the flow and being “at one with the universe”, even if outer conditions seem to challenge the basis of one’s faith.

Admittedly, it does take a lot of Saturnian energy to plan an aurora trip, but once you are there, just place yourself in the care of the universe to show you what it has got, and the aurora has been called “nature’s best show”. 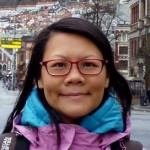 Belinda Lai is based in Hong Kong, is a Diploma Level II student of the Faculty. She obtained her first degree in Psychology and has a masters in Counselling.
She practises astrology, combined with counselling techniques, to help clients grow in self-awareness.