In every astrological chart each planet represents a number of psychological motivations which are expressed differently depending on the sign where the planet is found. Thus, a planet may have at least a dozen different ‘facets’, that is, as many as the number of the zodiac signs. For example, a person with Venus in Sagittarius will express their love with joy and enthusiasm while a person with Venus in Capricorn will express their love in a rather serious and cautious manner. Another way for a planet to differentiate its expression is when it forms aspects, that is, when some other planet enters its ‘visual field’. Undoubtedly the conjunction aspect, which is the aspect when two planets are found within 0° from each other and therefore occupy the exact same degree of the same sign, is extremely important because it implies that the motivations of one planet are always expressed simultaneously with the motivations of the other. This way a planet assumes one more ‘facet’ which is greatly coloured by the motivations of the other planet in conjunction aspect. In line with the Venus example mentioned above, if Venus is conjunct with Mercury, then the motivation of love (Venus) and the motivation of communication (Mercury) are always expressed together (conjunction); thus, the person tends to communicate (Mercury) with love (Venus).

In order to show in a quite convincing way how a planet can assume a different facet depending on the planet which is conjunct with, we chose a planet that has a rather bad reputation. This planet is Pluto, the planet that more than any other is connected to control, violence and authoritarianism given its position in Greek mythology. As god of the underworld Pluto represents the irreversible and relentless power of death, while his role as abductor of Persephone identifies Pluto with passion, emotional intensity and need for power and control that can end up in violence. The present analysis, however, will show that Pluto’s power motivation can assume a range of different facets. For reasons of simplicity we will restrict ourselves to four of them. In doing so, we will look at examples when Pluto is conjunct with one of the four major planets in our solar system. We refer of course to the ‘gas giants’: Jupiter, Saturn, Uranus and Neptune.

To clearly illustrate these ‘four facets of power’, we have drawn on the field of politics, the ultimate field of life where there is clear evidence of exercise of power, and we have chosen four deceased people in whose astrological charts Pluto formed a conjunction aspect with only one of the four gas giants. Therefore, any differences shown below regarding how power was exercised by the four people selected for the purposes of the present study will be largely attributed to the influence of the planet which Pluto was conjunct with. To better show the influence of the planet, we have written the four paragraphs below in a way that highlights concepts and keywords related to this planet. The name of the planet in conjunction aspect to Pluto is written in brackets after each word or phrase associated with the symbolism of this planet.

Jupiter-Pluto Conjunction: The Vision in Power 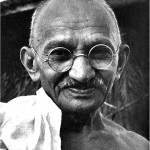 Mahatma Gandhi was born with a Jupiter-Pluto conjunction. As an expatriate lawyer (Jupiter) in South Africa he firstly fought for the civil rights (Jupiter) of the local Indian community. Later, he took the leadership of the Indian National Congress in 1921 and used his power (Pluto) to implement his vision (Jupiter), which was the liberation (Jupiter) of India from British rule. Furthermore, he led nationwide campaigns for the rights (Jupiter) of women and for the improvement (Jupiter) not only of the lives of the poor but also of the hostile relations between religious and racial communities. He went down in history as an advocate of non-violence (Jupiter) and as a spiritual leader (Jupiter) who always told the truth (Jupiter). Thus, one can see how basic concepts related to Jupiter such as vision, truth and civil rights, were identified with the power exercised by Mahatma Gandhi, a politician born with Jupiter conjunct Pluto. 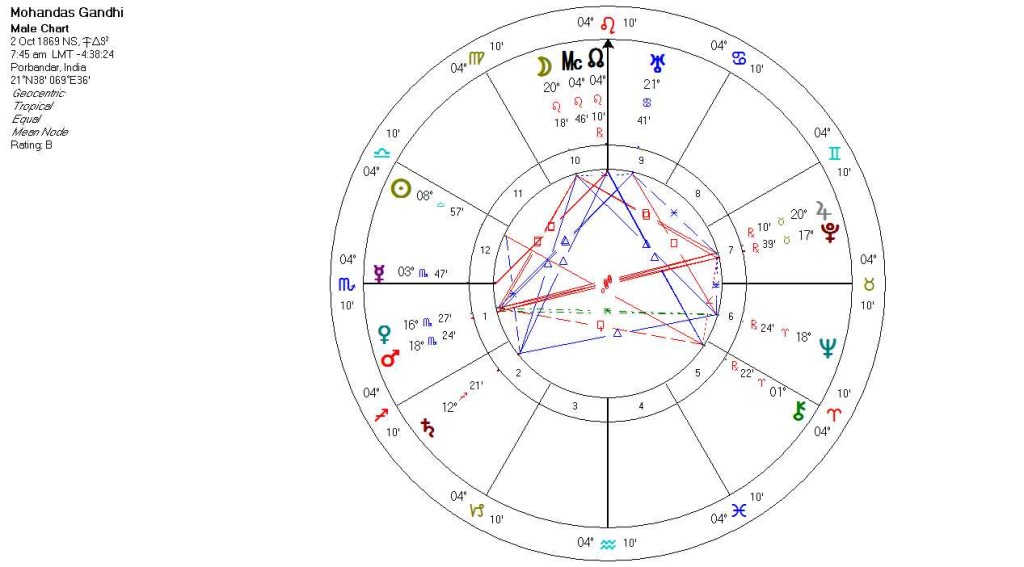 Queen Victoria was born with a Saturn-Pluto conjunction. She was the monarch (Saturn) of Great Britain and Ireland from 1837 until her death in 1901. She used her power (Pluto) to promote strict and conservative ethical standards (Saturn). Her nine children married into royal families across Europe, which helped consolidate (Saturn) the power (Pluto) of her dynasty. This was the reason why she was known as the ‘Grandmother’ (Saturn) of Europe. In 1861 due to widowhood (Saturn) she sank in grief (Saturn) and stayed alone (Saturn) in power (Pluto) always wearing black (Saturn). Overall, her reign lasted nearly 64 years, the longest (Saturn) than any other British monarch or any other female monarch in history for that matter. One thus observes how key characteristics of Saturn such as conservatism, longevity and loneliness, were identified with the power exercised by Queen Victoria who was born with a Saturn – Pluto conjunction. 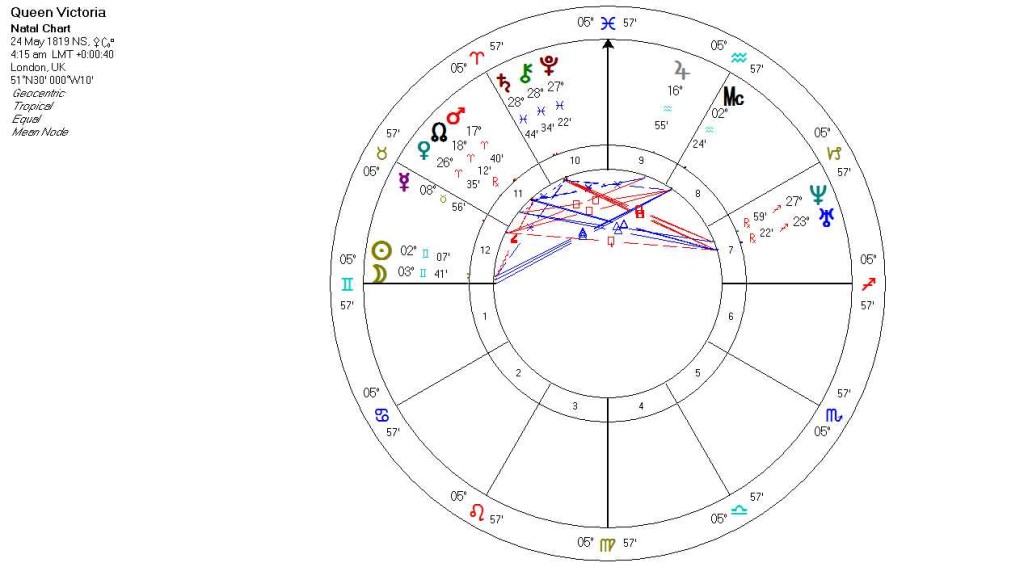 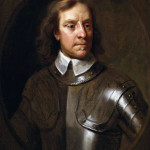 Oliver Cromwell was born with a Uranus-Pluto conjunction. He took part in the English Civil War on the side of the ‘Parliamentarians’ (Uranus) and played an important role in the overthrow (Uranus) of King Charles I in 1649. He dominated (Pluto) over the subsequent short-lived (Uranus) Commonwealth of England and in 1653 he became Lord Protector of the Commonwealth of England, Scotland and Ireland, an unusual (Uranus) title for the British Head of State. Among other things he used his power to persecute (Pluto) Roman Catholics in order to impose Puritanism, a reformation movement (Uranus) within the Church of England. He went down in history both as a tyrant (Uranus) and as a hero of freedom (Uranus). Therefore, in the case of Oliver Cromwell, a politician born while Uranus and Pluto were conjunct, one can see how Pluto’s pursuit for power can be identified with concepts symbolised by Uranus, such as overthrow, reform, freedom and tyranny. 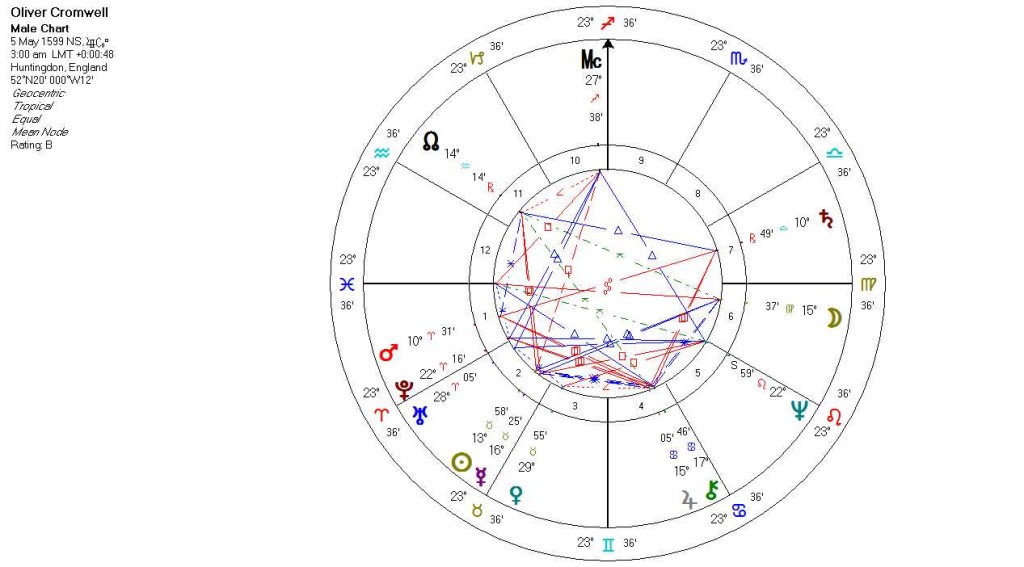 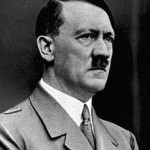 Adolf Hitler was born while Neptune and Pluto were conjunct. As leader of the Nazi Party he attempted a coup in Munich in 1923 which led to his imprisonment (Neptune). After being released the following year, Hitler became popular because he promoted the idea of Pan-Germanism, that is, the unification (Neptune) of German-speaking peoples of Europe in one nation-state. He used his power (Pluto) as Chancellor to ‘dissolve’ (Neptune) the Polish border, which led to a worldwide (Neptune) war (Pluto). During the war, he sacrificed (Neptune) million of Jews whom he considered racially inferior (Neptune). His power ended with his suicide (Neptune). Therefore, one can observe how Adolf Hitler, a politician born while Neptune and Pluto were conjunct, equated power with concepts associated with Neptune such as unification, dissolution of boundaries, universality and sacrifice. 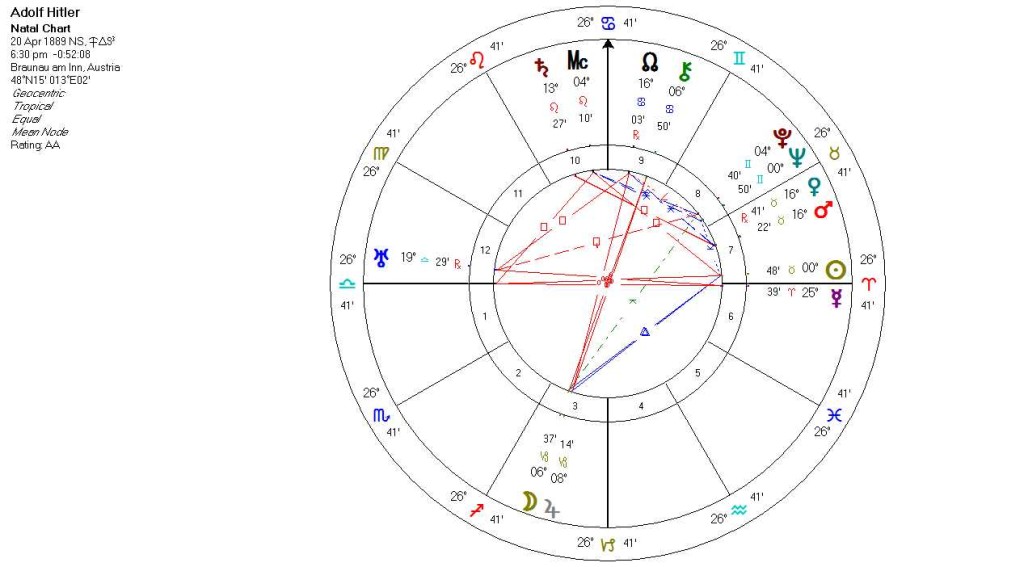 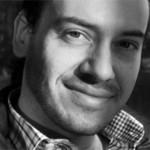 Dr. Vangelis Petritsis’ was born in Athens in 1982, he has a first-class degree in Psychology, a Masters in Group Processes and Intergroup Relations, and a PhD in Social Psychology. Part of his doctoral research has been published in Personality and Social Psychology Bulletin under the title “Why Men (and Women) Do and Don’t Rebel? Effects of System Justification on Willingness to Protest”. He is an FAS Certificate Holder and he currently studies for
his Diploma. He practices psychological and astrological counseling in Athens coupled with the administration of Dr. Bach’s flower remedies. He has won the 4th prize in the 2013 AA Young Astrologers Essay Contest and his contest entry has been published in the 2014 January-February issue of the Astrological Journal. He writes regularly in his blog.