The MA in Cultural Astronomy and Astrology is unique in that it is the only university degree in the world to feature the history, culture and theory of astrology. Its success story is evident in the fact that it is in its twelfth year of teaching, and its seventh year as an on-line, distance-learning course at the University of Wales Trinity Saint David. We teach using the web, e mail, skype and video-conferencing, and currently we have about 60-70 students all over the world, from Australia to Russia, and Greece to Hawaii. And every year we have a student-only summer school which, for the last six years, has been held in Bath and gives us all a chance to get together.

First, a bit of background. We do not teach astrology as a vocational discipline – and for very good reasons. In 2000 there was a two-day meeting of all the astrological schools and national astrological societies in the UK, along with some academics, and it was agreed that the teaching of astrology as chart-reading was done well enough by the astrological schools,  and that postgraduate education should deal with historical, cultural and philosophical issues. So we set off at Bath Spa University College, our first home, in 2002, to create a postgraduate course – a MA – which explored astrology from a historical, anthropological and philosophical perspective.

Since we began many students have passed through our doors, some very well-known, including Bernard Eccles, Kim Farnell and Darby Costello. Some have gone on to teach for us, such as Bernadette Brady, who was in the first intake twelve years ago, went on to gain her PhD, and now oversees parts of the course, including students who are writing Dissertations. Liz Greene took time off from guest-lecturing for us to actually take the course and return to be a full member of the teaching team (and gain her second PhD in History at Bristol University at the same time!). Fabio Silva, another graduate who also has a PhD in Astrophysics, teaches our Archaeoastronomy module. Laura Andrikopoulos, well-known as the Faculty President, is the latest graduate to join out staff, and is also starting work on her PhD, studying the psychologisation of astrology in the 20th century, with Bernadette Brady and I as her supervisors.

As we are based in the University’s Faculty of Humanities we do not have to consider any notions of astrology’s truth or otherwise. These are scientific concerns which don’t bother us. Neither are we concerned with proving astrology. Instead we are interested in the experience of astrology, what astrologers say and do – and what they said and did in the past. We treat astrology as a universal feature of human culture so, although most of the material concerns western astrology, we are beginning to include information from India and China, and students can explore the history and culture of Aztec, African or Australian Aboriginal astrologies – or of anywhere else – of they wish. We try to embrace all student interests!

So why do we call the MA, ‘Cultural Astronomy AND Astrology’? Well, although the words astronomy and astrology have distinct meanings in modern English (astronomy is the scientific study of the physical universe, astrology is more akin to a study of the psychic universe), the split between the two is a feature of the modern west. Both words are of Greek origin: astronomy means the ‘law’ of the stars, while astrology is best translated as the ‘word’, or ‘reason’, of the stars, so in the classical world their meanings overlapped. To the Greek scholar Claudius Ptolemy, writing in the 2nd century, there were two forms of astronomy, one which dealt with the movement of the stars, the other (which we would call astrology) with their effects or significance. From then until the seventeenth century, the two words were interchangeable. In ‘King Lear’, Shakespeare had Edgar refer to his brother Edmund, who had been posing as an astrologer, as a ‘sectary astronomical’. Other terms Shakespeare might have used include mathematician (the astronomer Johannes Kepler studied astrology as part of his duties as ‘Imperial Mathematician’) or Chaldean (both astrology and astronomy were commonly traced to Chaldea, another term for Mesopotamia). Neither do most non-western countries employ different words to distinguish traditional astronomy from astrology. In India both are jyotish, the ‘science of light’. In Japan they are onmyōdō, the ‘yin-yang way’. In China, The observation and measurement of celestial phenomena was inseparable from their application to human knowledge, which, in turn, was divided into two, li, or li fa, calendar systems, and tian wen, or sky patterns. The title of the MA, whose subject matter includes the beliefs and practices of pre-modern and non-western cultures, as well as contemporary worlds, is therefore necessarily ‘Cultural Astronomy AND Astrology’.

About 80% of our students have a background as students or practitioners of astrology, while 20% have a general interest in the wider culture of astronomy and the ways in which we use the sky to make meaning in our lives. For this reason it is possible for students who wish to do so to explore the history and use of technical astrology, or to consider the practice of astrology, including their own practice. Other students might be taking a much more general look at the way we look at and use the sky. One feature of the MA which we teach, alongside traditional academic skills, is the use of ‘reflexivity’.  This is standard practice in Anthropology and requires that we all understand our own position in any subject, and reflect on our preconceptions, biases and actions. In this sense the modern academic world places a high value on self-awareness, and we need to try and understand why we are asking the questions we ask, and how we are obtaining the answers we find. We also take more traditional academic approaches: in the History of Astrology module one of the assignments requires an examination of the use or depiction of one planet, zodiac sign or constellation through at least three sources, which may be astrological or astronomical or both, as long as one is modern and one is ancient.

For the full MA students take three compulsory modules, one ‘pathway’ of two optional modules, and one extra optional module, and then write a 15,000 word Dissertation based on independent research.  The first module (‘Introduction to Cultural Astronomy and Astrology’) focuses on debates about the nature of culture; the philosophy and nature of astrology, and theories about how and why it works; cultural astronomy; cosmology and society; the classical roots of western esotericism; myth, magic, enchantment, divination, enchantment and modernity. The second compulsory module, ‘Researching Contemporary Cosmologies’, deals with such issues as the position of the researcher in the research process: this is when students are encouraged to explore their own positions.  Amongst the other topics we cover are the nature of symbol, the development of psychological astrology, classical divination and theurgy, and the nature of sacred space, and students get a chance to learn how to work out astronomical alignments at ancient sites, analyse astrological texts, and keep a sky journal.

We encourage students to find their own direction when it comes to choosing Dissertation topic and current projects include Sufism and Astrology, Astronomical alignments at the stone age temples in Malta, The beginnings of psychological astrology in 20th century Germany, Dante’s cosmology, Astrology and superstition in modern Britain and the Greek magical papyri. I hope that illustrates a fair range!

Some students want to study with us without taking the full MA, for which we have a range of other options. You can take one or two modules as an ‘Occasional Student’. If you take three modules you are awarded a Postgraduate Certificate or, for six, a Postgraduate Diploma. Our admission requirements are also flexible, as the UK higher education system recognises that many people without a previous academic background have other kinds of professional experience or study skills that may suit them for a postgraduate course. In these cases we may advise you to apply for the Diploma or Certificate initially, and might ask to see an example of previous writing, or we might ask you to write an academic essay, on which we can advise you.  In any case, we believe in widening access to educational opportunities as far as is possible.

To summarise, then, I have been thinking about what we can offer to Faculty students and graduates and I came up with this list:

Above all we aim to encourage knowledge of all the ways in which human beings find meaning in the sky, inspire students to reach their full potential by learning skills, acquiring a new language and finding our more about both themselves and the world they live in.  If you want to find out more e mail me at n.campion@tsd.ac.uk

About the Sophia Centre http://www.trinitysaintdavid.ac.uk/en/sophia/

Our 2014 conference in Bath, UK: The Marriage of Heaven and Earth http://www.historyofastrology.org.uk/conferences/HeavenAndEarth/index.html 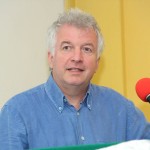 Nicholas Campion is Senior Lecturer in the School of Archaeology, History and Anthropology, and Director of the Sophia Centre for the Study of Cosmology in Culture at the University of Wales Trinity Saint David, UK. He is course director of the University’s MA in Cultural Astronomy and Astrology. His books include the two-volume History of Western Astrology, Astrology and Cosmology in the World’s Religions, and Astrology and Popular Religion in the Modern West. n.campion@tsd.ac.uk