The year 2016 has been a year of elections and referendums. The year 2017 will continue to be so, as major elections have already been scheduled (like for Europe). In elections, astrologers usually focus on who will win and who will lose, but for ordinary voters, the core question has always been: Who will deliver what I want?

As students of astrology know, the Second House represents the chart owner’s money and possessions. The ruler of the house cusp and planets in this house indicate WITH WHAT (hence usually a talent, an ability of some sort) the person makes money. It also suggests what the person is capable of doing and offering in exchange for money. In the case of politicians running for public office, their second houses are especially worthy of careful scrutiny by voters, for if they get elected, they will get their salaries (and a host of other benefits like housing, pension, medical care, etc) from the public purse. No voter would hope to pay for a politician that just can’t deliver his/her campaign promises.

At the time of writing, Donald Trump has already been elected to the US presidency, with his inauguration set for January 20, 2017. His birth chart is shown below, using the Placidus house system (June 14, 1946, 10.54am, Jamaica, New York): 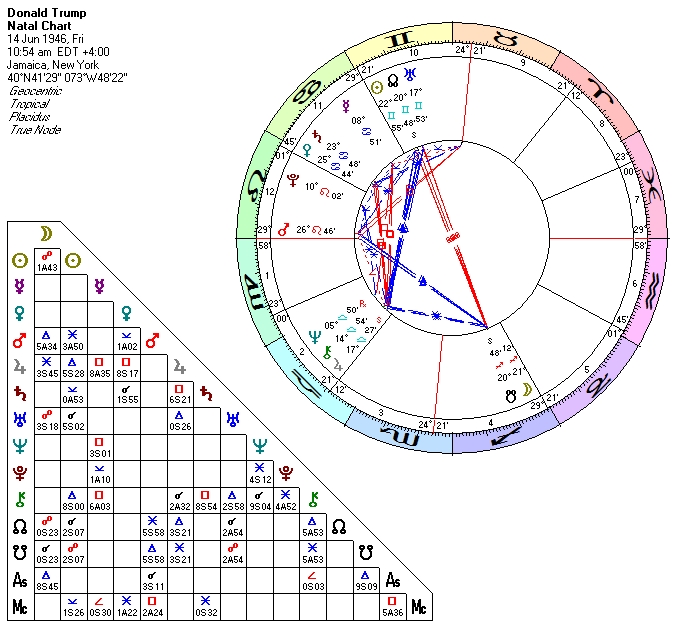 Trump has got a wide stellium (using an orb of 10 degrees) of Libra in his second house, consisting of Neptune, Chiron and Jupiter. Putting aside whatever our personal perceptions, if we just focus on the astrology, we could tell the chart owner has a talent for earning money through a sensitivity to wide-spread loses and sufferings caused by a lack of fairness (Neptune in Libra) and a faith in a better future despite the current adverse, hurting and unjust conditions (Jupiter and Chiron in Libra). Judging from this, we could tell the chart owner has got an uncanny ability to get connected to the masses and their deep yearnings and dreams. However, “connection” is one thing, being able to DELIVER is another thing. Neither Saturn (giving concrete form to something) nor Mars (taking actions) is in Trump’s second house.

The cusp of his second house is in the meticulous and productive sign of Virgo, ruled by Mercury in Cancer in the 11th house. This shows another of his money-earning “assets” comes from his ability to communicate with friends and the political party that he belongs to (Mercury in 11th house) by evoking shared emotional connections, loyalty and nostalgia (Mercury in Cancer) rather than, say, pragmatic considerations.

However, Trump’s Cancerian Mercury squares his Libra stellium in the second house, indicating conflicts between the interests of his friends/party and the yearnings of the masses that he perceives.

At the time of writing, the Italian Prime Minister Matteo Renzi has just announced his resignation after losing the referendum on constitutional reform. Below shows his birth chart (January 11, 1975, 2.45pm, Florence, Italy), again using the Placidus house system: 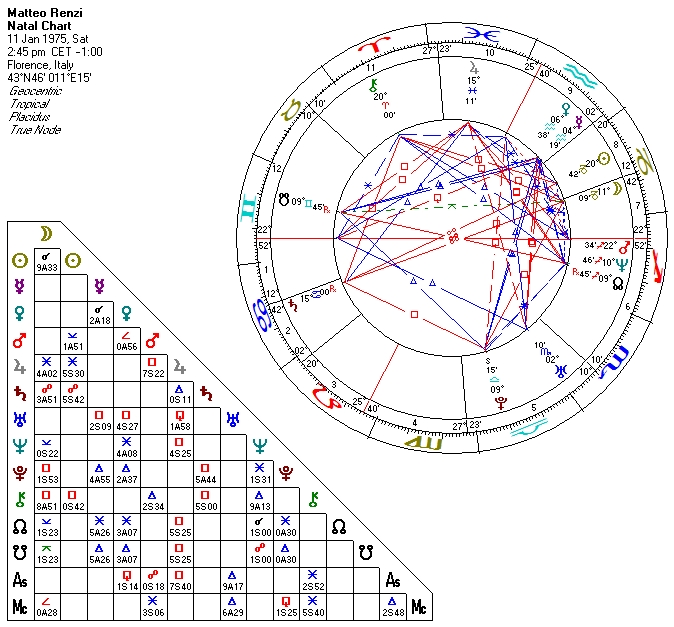 Unlike Trump who’s got a Neptune, Chiron and Jupiter stellium in the second house, Renzi has got a totally different planet in his: Saturn in Cancer. This shows he expects himself to work very hard in order to get money, as he’s mindful of other people’s high expectations of him. He will need to work very persistently and to produce concrete results to earn his pay. There will be no excessive emotional display, as he focuses on the task at hand (Saturn in Cancer). Saturn is always a tough “taskmaster”. In the case of elected officials, if they have made the necessary efforts and possess the required integrity, they will be rewarded. But the difficulty for Renzi seems to be implied in the two T-squares in his chart: His Saturn is opposite to both his Capricorn Sun (in the 8th) and Moon (in the 7th), with all three planets squaring Aries Chiron in the 11th house. Another T-square consists of his Moon-Saturn opposition, with Libra Pluto in the 5th house as the apex. If Saturn means “hard work”, it is never easy for anyone to work as hard as required, if it means going against one’s pride (Sun) and emotional security (Moon).

For another contrasting example, we can look at the birth chart of the Canadian Prime Minister Justin Trudeau (December 25, 1971, 9.27pm, Ottawa, Canada): 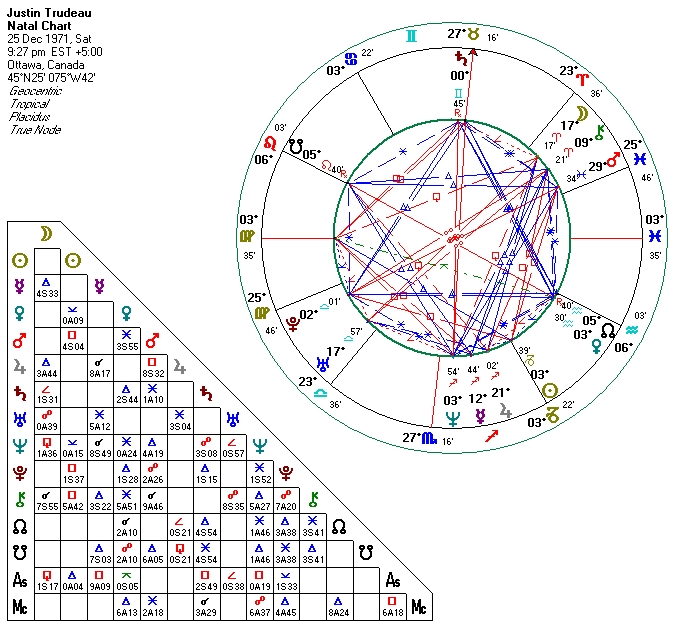 Libra Uranus and Pluto are in his second house. This is a revolutionary combination, especially when considering Pluto rules his Scorpio IC (representing “home country”). If Canadians have voted for him for a major shake-up of the country (for better or for worse), Trudeau does seem to be the right choice!

Before Trump came along, one often heard the US presidency being described as a job about “making tough decisions”. That should have set voters thinking: Does that mean Mercury-Saturn in the second house? If voters are looking for “change”, should they pay particular attention to candidates with Jupiter, Uranus or Pluto in the second house? If their countries have been through some turbulent times and people just want peace and unity again, what about considering candidates with, say, Venus in their second house?

Anyway, before you vote next time, do check out the second house of your politicians! 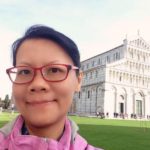 An astrologer based in Hong Kong, Belinda used to be a press officer of the government and is now a diploma student of the Faculty. She can be contacted via her website http://www.astropastures.com or Facebook page http://www.facebook.com/astropastures.