Uranus Square Pluto – Some considerations for the UK by Janet Dare

So much has already happened globally since 2008 when Pluto made its ingress into Capricorn. As if that ingress would not have been significant enough by itself, it marked the beginning of an incredible sequence of ingresses, all of which seem to tie in together to present an unavoidable shift in the way humanity exists.

Following the ingress of Pluto into Capricorn in 2008 and the beginning of the crisis amongst financial institutions which initiated the start of our economic recession, Saturn made its ingress into Libra in 2009-2010, forming the challenging square to Pluto in 2010, followed by Uranus’ ingress into Aries in 2010-2011, creating a Cardinal T-square with Pluto and Saturn – sometimes referred to as the “Cardinal Climax” - then Neptune made its ingress back into its Piscean homeland in 2011-2012, and finally, Saturn ingressed into Scorpio this year, where it slips in and out of Scorpio and Sagittarius between now and 2015 when it will continue to move through Sagittarius.

We are all now sitting in the midst of the quagmire of a Cardinal, Fire/Earth, Uranus-Pluto square interlaced with a Neptune-Saturn water trine. The energies involved seem to indicate – for the period 2012 – 2015 whilst these planets move in and out of exactitude – a kind of urge for letting go and moving on versus a resistance to doing so – a kind of “Let go!” versus “Let’s go!” energy. The basic energy of the Pluto-Uranus square can be seen as a serious challenge to the status quo and an energy for radical change. The trine between Saturn in Scorpio and Neptune in Pisces, at the same time as Saturn sextiles Pluto in Capricorn, seems to offer an opportunity for coming to some agreement over the way forward for financial stability, but not without some “give” and compromise and eradication of pockets of control. At the same time, Saturn forming a quincunx to Uranus underlines the need for conscious adjustment and integration in all of this, and is sextile Pluto, suggesting transformation can not occur without some solid foundations being laid first.

The current waxing square of Uranus and Pluto is part of a much larger Uranus-Pluto cycle, lasting around 140-142 years, the dates of which are as follows:

The current waxing square we are experiencing is exact on the following dates:

It hardly needs to be said that history will probably show that it was the waxing square of this whole cycle that was the most formative in bringing about the radical changes suggested by the seed conjunction in 1965/66, since it is the stress and tension of a square aspect which pushes us towards the manifestation of its energy. If we look at the “seed conjunction” of 1965/66 we see it occurred in the sign of Virgo, so this first, waxing, square represents a striving to manifest the potential of that original conjunction, which was about a sexual revolution (the introduction of the birth control pill allowed greater sexual freedom for women), national independence (many African and Caribbean countries sought independence from the UK), a re-birth of interest in natural medicines, a greater awareness of eating disorders, and perhaps the greatest innovation of all, the invention of the Silicon chip, allowing greater freedom of communication across the globe and our world-wide web.

When looking at current unrest in countries such as Syria, Libya, Egypt, Greece and the UK, to mention just some of the countries rebelling, what is really interesting is to note how many of these countries, in their national charts, resonate to some of the Cardinal degrees outlined above. The 1801 Union chart for the UK (1) has its Sun at 10 degrees of Capricorn, with Ascendant at 7 degrees of Libra, and MC at 9 degrees of Cancer. Is this just coincidence, or is the UK meant to be pivotal in dealing with the current situation of crisis?

When we look at the charts of David Cameron and Nick Clegg – the two politicians leading our country through this tense period of history, in a political “coalition” (a very Libran-type set up), it seems evident that they were born with an innate understanding of what they are having to deal with on the world stage, since they were both born at the time of the “seed conjunction”, and have the Uranus-Pluto conjunction in their birth charts. They are having to deal with the very same issues that were prevalent at the time of the start of the current cycle – social change, involving the altering of the age of retirement, minimum wage, upheavals in the NHS, women as bishops debate, the Euro crisis, gay marriage, immigration and racial issues. These are all issues which were brought into the public agenda in the 1960’s. Cameron and Clegg are also fighting (square) on our country’s behalf for our country’s self-esteem, independence and autonomy (Uranus Aries) against the controlling bureaucracy (Pluto Capricorn) of the EU. They are standing up against the authority of Europe in order that authority is used to serve the people. Their charts do seem to suggest that they, rather than Tony Blair, born pre- the conjunction, in 1953, are in the right place at the right time.

The synastry between our two coalition figures is interesting – as one would expect.

David Cameron has his Ascendant on exactly the same Cardinal degree, in Libra, as the UK Sun, and has the same Cardinal angles as the UK chart. His Sun at 15 degrees Libra will feel the exactitude of the 2015 Uranus-Pluto square (time for an election?). Furthermore, his Venus (ruler of his chart and Sun) at 7 degrees 35 minutes sits almost exactly on the UK Union chart, just into the first house. He was recently quoted as saying in a television interview that he wants “what is fair” for the UK. How else would a Sun Libra, Libra Ascendant, Venus in Libra express themselves! His Uranus-Pluto conjunction in Virgo sits in his 12th house, opposite Saturn conjunct Chiron in the 6th, interestingly in the signs of service, across the service axis of his chart. Perhaps at this time of the waxing square, he is able to fulfil a major part of his birthright?

However, his Sun squares that of Nick Clegg, who has Sun at 16 Capricorn 16 degrees (conjunct the UK Sun). That square, and the fact that both have their Sun in the first house, suggests the tension that must exist in their personal relationship. Further dynamism between the two is suggested by the fact that Clegg’s Mars sits exactly square his Sun in Capricorn (it is the tightest aspect in his chart), and tightly conjunct Cameron’s Sun in Libra. If this were not enough, Cameron has an unaspected Mars in Leo. It does feel as if sparks fly between these two. But perhaps that is not a bad thing for the country, since tension usually manifests something constructive. And Clegg, with his Sun in Capricorn is ambitious, and cool, and with Mars in Libra is probably prepared to wait his time patiently, (hoping for ultimate authority) and may be tougher than he appears.

Some of the social issues Cameron and Clegg are having to deal with at the moment include the racial issue, reflecting the square’s quest for freedom, equality and independence. Isn’t cultural assimilation about that? Interestingly, in May 2011, two suspects involved in the case of the Stephen Lawrence, stabbed in 1993 – between the first conjunction and first sextile of the cycle, were tried again and convicted. More recently, the suggestion that the then Labour government encouraged immigration hoping that immigrants would vote Labour has arisen, as people challenge the segregation that has ensued, due to the vast numbers allowed into the country without proper control (the recklessness of the overindulgent Pluto in Sagittarius period perhaps) regarding integration into schools (a massive percent of children in schools now do not have English as their first language according to the last census) and available, affordable housing. We are experiencing a resurgence of the issues profiled around the time of the conjunction, when the Civil Rights movement of Martin Luther King was high on the agenda in the US.

Cameron and Clegg are right at the middle of the issue of the stability of the Euro currency. The chart for the beginning of the Euro currency (4) has its Sun at none other than 10 degrees Capricorn! I think we can all make the connections. If we look at the Uranus-Neptune-Pluto cycle (a 500 year cycle, the current one being in operation from 1891 through to 2032) we can make certain correlations with what is happening now, as Neptune enters the arena in Pisces. At the conjunction previous to the cycle we are experiencing now, that is, the conjunction of 1398 – 99, the first Medici Bank was founded in Florence, and marked the commencement of the Italian Renaissance. The subsequent sextile lasted from 1460 through to 1540. The entire Renaissance period is said to have lasted from 1398 to 1540 (142 years). Looking at this cycle, between Neptune and Pluto, we can associate ourselves with the part of the cycle that brought the Italian Renaissance, especially the period 1460-1540 (the sextile). Around this time, Uranus entered a new cycle with Neptune, (1478-9). The period 1478 through to 1509 (Uranus and Neptune in mutual reception), gave us the maximum energy of the intellectual and artistic renaissance, along with the fall of the Medici banking system, which had been set up at the end of the 14th Century and the Neptune-Pluto conjunction of 1398-99. By the time of the waxing square between Uranus and Pluto in the last five years of the 15th Century, the Bank went bankrupt. And what do we have at the moment – Greece bankrupt, with many other countries, including our own, on the brink!

So, although one does not envy Cameron and Clegg their responsibilities and the tasks they yet have to face on behalf of the UK, there is a sort of fated association between them both and the circumstances in which they find themselves. Let us hope we have all learned the lessons of history! 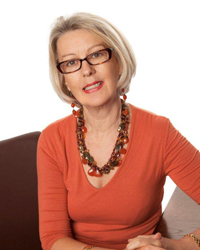 Janet Dare started her studies with the Faculty of Astrological Studies, having decided she wanted to teach astrology, back in 1994. It took several more life-filled years of study before obtaining the Faculty’s prized Diploma in 2010.

Janet recently spent two years on Faculty Council, and has been enjoying tutoring on the Faculty’s Distance Learning Course for the past two years. She also sees clients from her base on the Kingston/Richmond borders and lectures and teaches around the country.